‘It’s been my dream to play for Arsenal since the age of four’: Joe Willock delighted after signing new long-term deal following promotion to first team

Joe Willock has been rewarded for his bright start to the season with a new long-term deal at Arsenal.

The 20-year-old midfielder has found himself a key part of Unai Emery’s first-team plans this season and the club’s commitment to him has been demonstrated with a fresh contract.

Willock said after putting pen to paper on new terms: ‘To be at this club is amazing feeling and I’ve always wanted to play for the Arsenal first team. 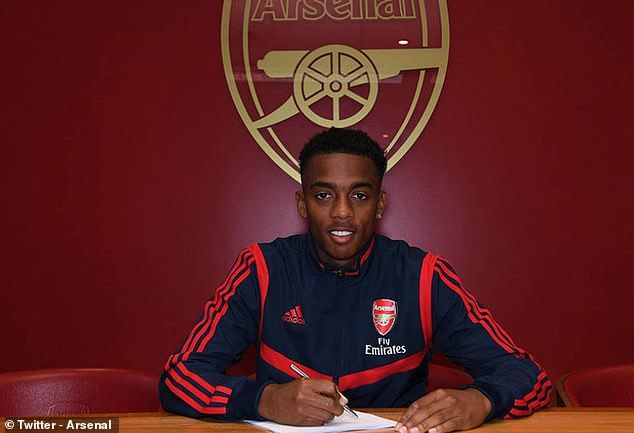 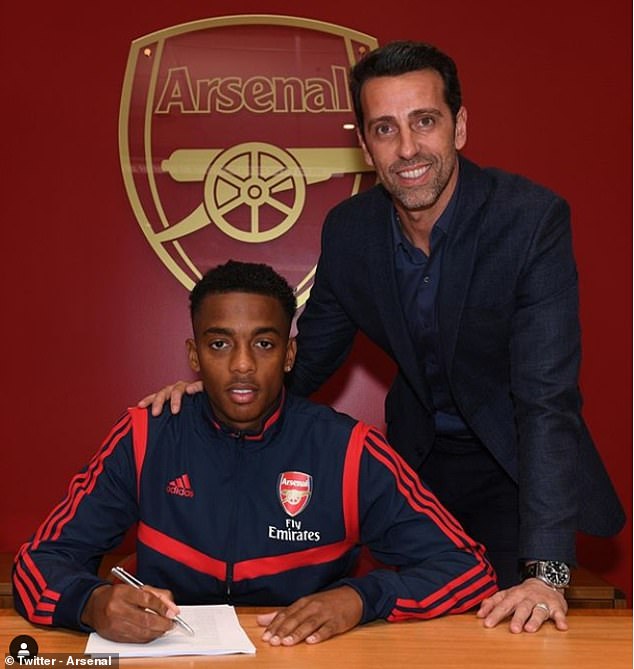 ‘Now I’m doing that, since the age of four and a half, it’s always been my dream. And to sign a new contract today is a brilliant feeling for me and my family.

‘As a young boy growing up through the academy, I’ve always wanted to play at the Emirates and play in front of the fans and stuff.

‘So to do it, it’s only right in my heart and my mind to know that this is the right club for me. And to carry on my own future here is brilliant.’

‘He is technically strong and has shown the confidence to take responsibility and play his game whatever the occasion or opposition.

‘I’m looking forward to working with to help him develop further and fulfill his potential.’

Emery’s faith in Willock has been evidenced by him starting the club’s first three Premier League games of this season.

He has been at the club throughout his youth and graduated from the academy to make his first team debut in the League Cup in 2017. 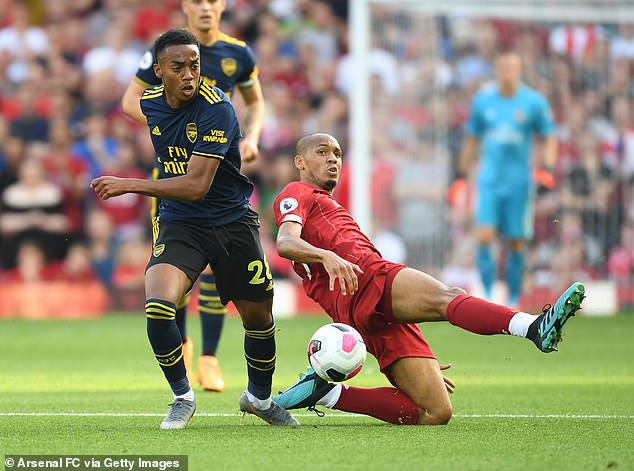 Willock’s progression is a ‘good example’ for those still in the academy according to technical director Edu.

He said: ‘We’re delighted that Joe has committed his long-term future to us. The hard work of the academy coaches and staff, Joe, his family and everyone behind the scenes have been key to the development of his potential.

‘Bringing young players through to the first team from the academy is an important part of our approach and Joe’s progression is a good example for how we want to work in the future.

‘Joe has shown hard work and determination to get this far. He’s continuing to develop and we look forward to him making a big contribution to the club.’ 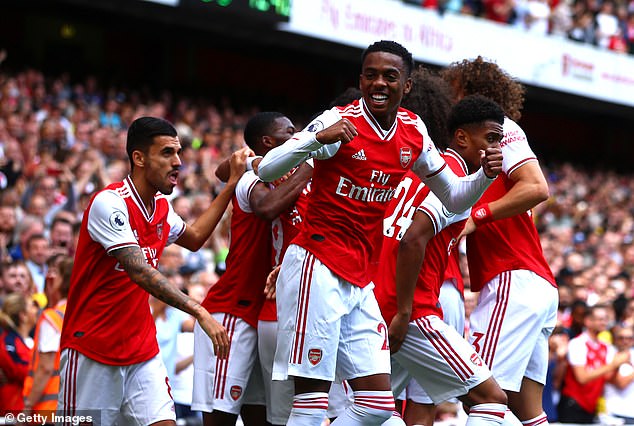 Willock is a ‘good example’ to other stars in the academy, according to technical director Edu