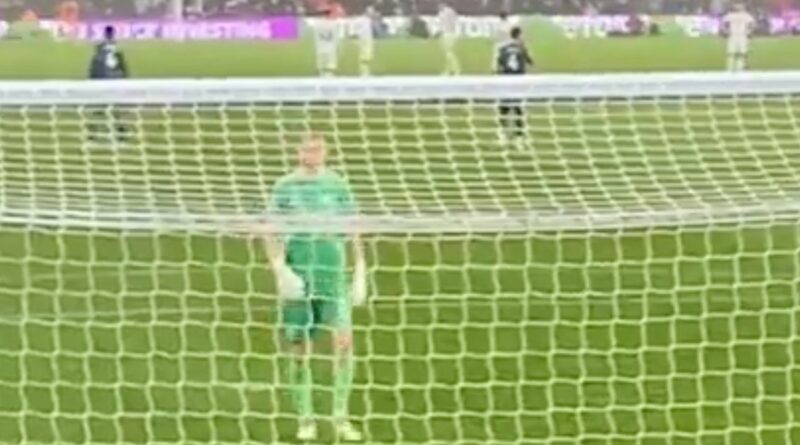 Arsenal goalkeeper Aaron Ramsdale performed more s***housery during the Gunners' win over Leeds United on Saturday as he taunted the home fans.

Mikel Arteta's side waltzed to a 4-1 win at Elland Road against a Leeds side depleted by injuries and Covid to solidify their place in the top four.

Ramsdale did not shy away from teasing the home fans following one of the Arsenal goals as he riled up those seated behind his goal.

The England international laughed and smiled at the Leeds supporters as he ran out of his penalty area to celebrate his side scoring one of their four goals.

He was then seen smiling as he returned to his goal, with the home fans hurling abuse and swearing at the visiting goalkeeper.

Former Arsenal striker Ian Wright reacted to footage of the incident on social media as he tweeted: “Man I miss this about not playing anymore.”

This is not the first time this season that Ramsdale has entertained Arsenal fans with his antics during a match.

Where will Arsenal finish in the Premier League this season? Let us know in the comments section below. During their win over Leicester City back in October, the Foxes supporters chanted "You're s***!" as Ramsdale took a goal-kick.

Ramsdale joined in with the supporters and pumped his fist as he turned to the crowd smiling after taking the goal-kick.

The 23-year-old signed for Arsenal in the summer from Sheffield United for £24million and has established himself as Arteta's first choice between the sticks.

Having displaced Bernd Leno, Ramsdale has played the last 15 matches in the league and made his England debut against San Marino in November.

Ramsdale has conceded just 14 league goals this season as well as keeping an impressive eight clean sheets in 15 matches to date.

His performances in goal have helped to contribute to Arsenal recovering from three defeats at the start of the season to climb into the Champions League places. 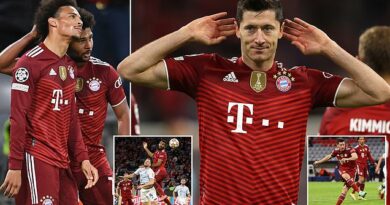