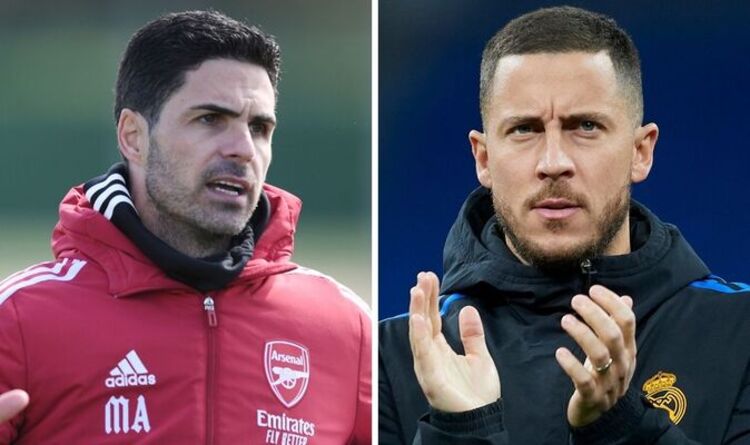 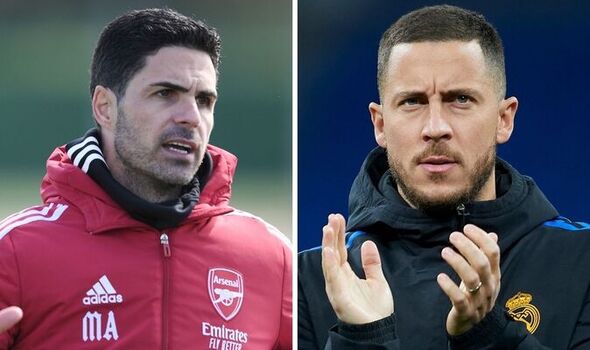 Arsenal have reportedly held talks with Eden Hazard over a potential summer transfer, which may open the door for Mikel Arteta to follow through with comments he made back in March 2020 where he named Gabriel Martinelli as a “centre-forward”. The Gunners are expected to spend big at the end of the season in a bid to close the gap to those fighting at the top of the table.

Their main focus for the next few weeks remains on clinching a top-four spot, which could in turn have huge implications on their summer transfer plans. A central striker is the main target, but a move for Hazard could in turn end up saving Arteta millions.

Little over two years ago, Arteta described Martinelli as a “centre forward” but the 20-year-old has largely been deployed on the wing. He has played through the middle a number of times and impressed as Arsenal’s main striker in 2019 when he scored three goals in the Europa League group stage.

Arteta has been reluctant to push Martinelli down the middle this season though, despite the lack of goals from Alexandre Lacazette and Eddie Nketiah in recent months. Arsenal are expected to sign at least one central striker this summer having tried and failed to bring in Dusan Vlahovic as Aubameyang’s replacement in January.

JUST IN: Eden Hazard has already made love for Arsenal clear

But utilising Martinelli as Arsenal’s main striker would potentially save them millions in the transfer market if the forward can hit the ground running. Arsenal still have nine games remaining in the season and Martinelli may well get his chance through the middle before the campaign ends.

And if he impresses, then Arteta may have to rethink Arsenal’s plans in the summer transfer window. Most targets Arsenal will be hoping to sign will want the promise of Champions League football next season.

Last year’s summer activity has proven to be a success so far with Aaron Ramsdale, Ben White, Takehiro Tomiyasu and Martin Odegaard all playing their part this season. Nuno Tavares and Albert Sambi Lokonga have also added to Arsenal’s depth, but the focus this summer will likely be on improving their options further forward.

Lacazette has scored just twice from open play in the Premier League this season while main striker Pierre-Emerick Aubameyang was allowed to leave in January following a falling out with Arteta. No team inside the top seven of the Premier League has scored less than Arsenal’s tally of 44 goals through 29 games.

Emile Smith Rowe and Bukayo Saka remain the club’s top scorers with 10 goals each in all competitions, but the former has struggled for regular minutes in recent months. Signing the calibre of a player like Hazard will undoubtedly improve Arsenal’s attacking options if he manages to rediscover the kind of form he enjoyed at Chelsea.

Real Madrid appear willing to sell Hazard having struggled for form since his mega money move to the Bernabeu. If he ends up joining Arsenal, Hazard would likely fill in on the left wing where he was so effective for Chelsea.

That position is currently occupied by Martinelli, but Hazard joining would potentially give Arteta the perfect opportunity to push the Brazilian through the middle. 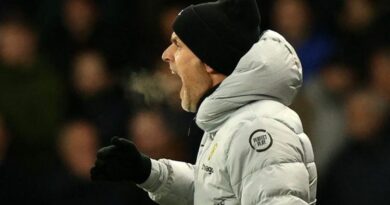 Dortmund 'have agreement' with Marco Rose to be their next manager