Arsenal ace Bukayo Saka was “a bit upset” with Freddie Ljungberg before the 2-2 draw with Standard Liege in the Europa League. Ljungberg claims that Saka wasn’t happy to play as a wing-back and full-back at the Stade de Sclessin.

The 18-year-old prefers to play as a left-winger but still managed to deliver for the Gunners as he scored the equaliser three minutes after Alexandre Lacazette sparked a stunning comeback.

Ljungberg is very impressed with the academy graduate’s development even though he didn’t get many opportunities at the top level as he was moving up to the senior squad.

The Swedish manager has a lot of faith in the club’s young players and believes Saka’s form proves there is a lot of promise in youth.

Ljungberg said: “He [Saka] was amazing. 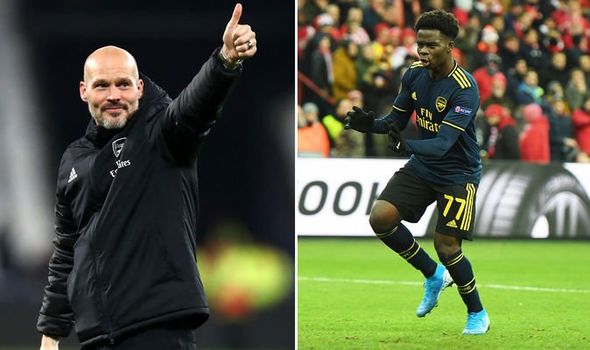 “He was a bit upset with me before the game that he had to play wing-back and full-back. He’s a tremendous talent.

“His final ball and last bit is always effective. I feel sorry for our young players.

“A lot of them haven’t been on loan, they’ve not had that exposure to men’s football.

“Some of them made mistakes but they’ll learn from those mistakes and won’t do them again. Bukayo had a tremendous night.”

Arsenal topped Group F in the Europa League despite another unconvincing display.

Standard Liege opened the scoring through Samuel Bastien during the opening stages of the second half and Selim Amallah doubled the hosts’ lead on 69 minutes.

However, the north Londoners fought back with Lacazette’s stunning header after 78 minutes before Saka’s equaliser.

Ljungberg, though, is pleased with the team sealing first place and insists he is very proud of the players’ effort. 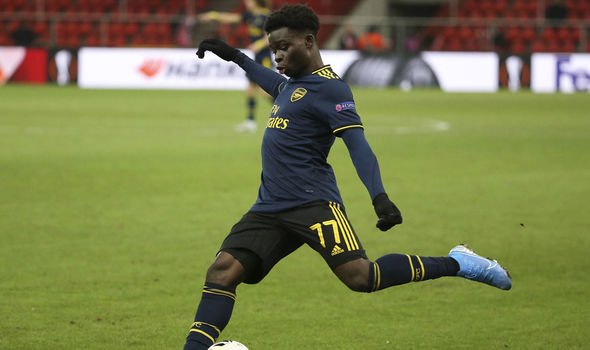 He added: “It’s tremendous. I’m really proud of them.

“They showed belief in how they can play football. It’s good for us in the future. The energy, they go and go. They don’t stop.

It’s very, very good [first place]. We started the group really well and had some problems.

“We played a lot of games lately, I wanted to give the young ones a chance but I needed to rotate.

“We have a game again on Sunday. Of course it was a small gamble but I believe in those young players and they pulled through and we’re top of the group.”

Arsenal are now set for a very tough challenge on Sunday as they will take on Manchester City at the Emirates. 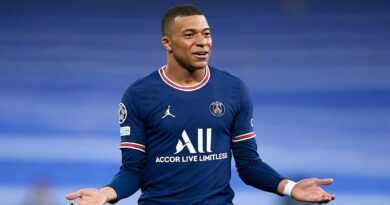