Mesut Ozil has reportedly turned down a lucrative offer from Saudi Arabia to stay at Arsenal. The German international is now in the final year of his deal at the Emirates Stadium and the hierarchy are desperate to get him off the books.

Ozil’s last appearance for the club came back in March against West Ham, the final game before the coronavirus pandemic called a halt to Premier League football.

Mikel Arteta has made it clear that Ozil is not in his plans after omitting him from the club’s Europa League squad.

His £350,000-a-week wages are proving a big problem too and funds were limited for the Gunners during the transfer window despite the activation of Thomas Partey’s £45million release clause.

According to journalist Duncan Castles, Ozil has now turned down the chance to move to the Middle East, something that the Arsenal board would welcome. 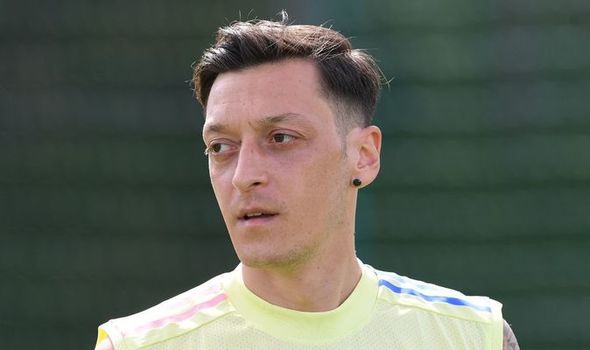 “There has also been a proposal to Mesut Ozil which would go down very well with the hierarchy at Arsenal if they managed to get Ozil off their books.

“They have left him out of their Europa League squad and have been trying to get him to accept a settlement on his contract for some time now unsuccessfully.

“They watched him do a very intelligent and quite amusing public relations move in going on social media to back your favourite Gunnersaurus and guarantee that he would cover Gunnersaurus’ wages for as long as he remained at the club.

“I believe Ozil has turned that move down partly because of his relationships and history with Turkey, who do not have the best of diplomatic relations with Saudi Arabia at present.”

Earlier this week, Ozil pounced at the opportunity to gain respect from Arsenal supporters by offering to subsidise Gunnersaurus’ wages, after he was made redundant by the club.

He tweeted: “I was so sad that Jerry Quy aka our famous & loyal mascot @Gunnersaurus and integral part of our club was being made redundant after 27 years. As such, I’m offering to reimburse @Arsenal with the full salary of our big green guy as long as I will be an Arsenal player…

“… so Jerry can continue his job that he loves so much. #JusticeForGunnersaurus #M1Ö #YaGunnersYa”

It’s not the first time that Ozil has frustrated the Arsenal hierarchy in recent months when it comes to his salary.

Earlier this year, the attacking midfielder was one of three Arsenal players to decline owner Stan Kroenke’s request to take a 12.5 percent pay cut amid the COVID-19 pandemic.

Kroenke is believed to be worth a reported £8million alongside his wife Ann and Ozil was not willing to comply to his demand.

The club have held talks with the player about ripping up his contract but there has been no agreement as of yet.

With Ozil now turning down a move to Saudi Arabia, he looks destined to stay until at least January, when he will be free to speak to other clubs.

There is already interest from several MLS teams about acquiring the services of Ozil once he leaves Arsenal. 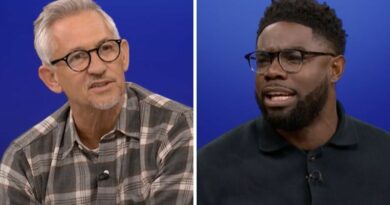 Gary Lineker and Micah Richards in agreement over Cristiano Ronaldo 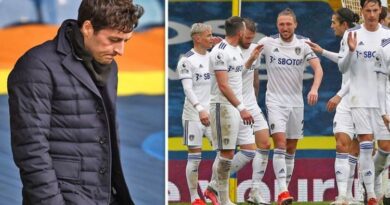