Manchester United hero Louis Saha would love his former side to sign Arsenal star Pierre-Emerick Aubameyang. Aubameyang is linked with a move away from Arsenal with his contract at the Emirates set to expire in the summer of 2021. The Gabon international claimed earlier this month it is down to the north London club to sort out his future.

Aubameyang is once again Arsenal’s leading goalscorer this season and was made captain earlier in the campaign after Granit Xhaka was stripped of the armband by previous boss Unai Emery.

“Arsenal fans may not like this, but I’d like him to join United, I’d be very happy with that [laughter],” Saha told compare.bet.

“I’m sure Arsenal fans would not take that well, but that’s my advice to Auba.” 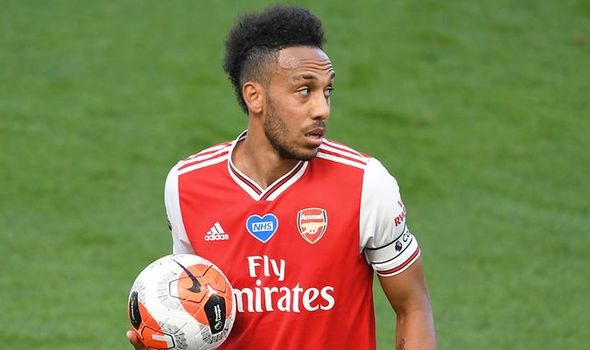 Southampton recently stripped Pierre-Emile Hojbjerg of the captaincy because he would not commit to signing a new contract, with his current deal also set to expire next year.

Saha does not think Arsenal should follow suit with Aubameyang but says it is a difficult situation for a player to be in.

“You want to sort out your contract and just focus on your football as these situations are always difficult to deal with.

“Me, I would always feel it’s up to the player, and if the manager or the board thinks otherwise it’s always going to be a difficult situation, especially if you have other people talking in the press, even if you’re quiet but have others speaking instead of you like an agent or family member, it’s tough.

“My advice would be to try and focus on the game, keep training hard, and be professional.

“But you get 15 years in a career if you’re lucky, you have to make your choices and nobody can stop you from thinking certain ways.

“At the end of the day when you don’t play well the club disposes of you, it goes both ways.”

Aubameyang has failed to score in Arsenal’s first two games since the restart of the Premier League.

Mikel Arteta’s side lost 3-0 at Manchester City last Wednesday before a 2-1 loss at relegation-threatened Brighton on Saturday.

A trip to Southampton is next up this Thursday. 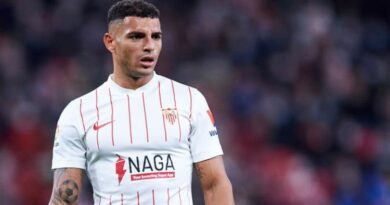