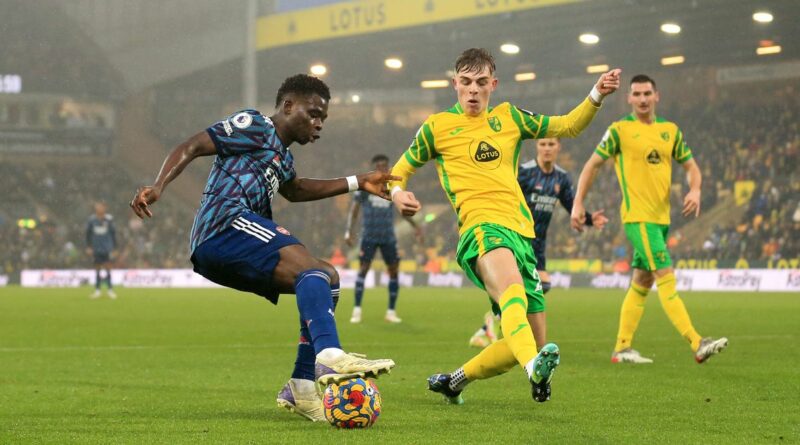 Norwich City fans were left fuming with Arsenal starlet Bukayo Saka after the youngster appeared to escape punishment for a stamp on Brandon Williams.

Williams is currently on loan at the Canaries after he was allowed to go out in search of first-team action by Manchester United.

The pair were involved in an incident in the 52nd minute of Arsenal's 5-0 drubbing of the Norfolk based side.

Saka had appeared to stamp on Williams, but VAR, and the on-field officials, deemed it unintentional.

However, Norwich fans felt differently, and some took to social media to let their feelings known about the incident.

"How come they didn't look at Saka little stamp on Williams as well. Was clearly intentional," one fumed on the topic of VAR.

Another added: "VAR is so obviously corrupt. Clear stamp by Saka and McLean clearly pulled back".

"Absolutely disgraceful stamp from Saka on Brandon Williams. Can’t believe that’s not been reviewed for a red card. The boy is out of control," a third fumed.

But an Arsenal fan wasn't so sympathetic: "Best part of the game was Saka stamping on Williams, they think they can kick us and get away with it, I’m glad we showed we’re not gonna walk away from a fight."

Should Saka have been handed his marching orders? Let us know in the comments section

Norwich were glad to see the back of Saka after full-time, and the England international helped himself to two of Arsenal's five goals.

The result leaves Norwich marooned to the bottom of the table, while Arsenal remain in the Champions League hunt. 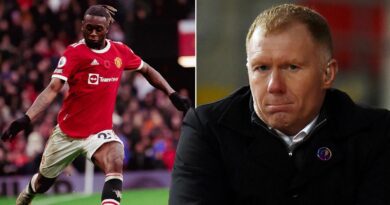 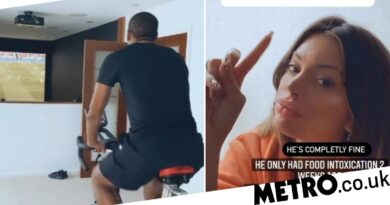