REVEALED: Arsenal stars face getting their salaries slashed by 25% if they are relegated from the Premier League – which would knock an eye-watering £37.5MILLION off their enormous annual wage bill!

Arsenal players face drastic pay cuts if they are relegated from the Premier League.

Several players will be obliged to take 25 per cent reductions if the unthinkable happens and the Gunners — who are 15th in the table — drop out of the top flight.

Such clauses are common at smaller clubs, who are expected to face a greater threat of relegation. 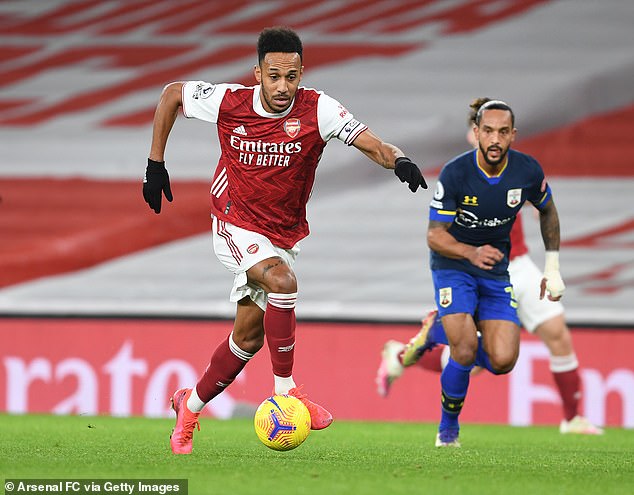 Pierre-Emerick Aubameyang is one of the best paid players in England on £350,000 a week 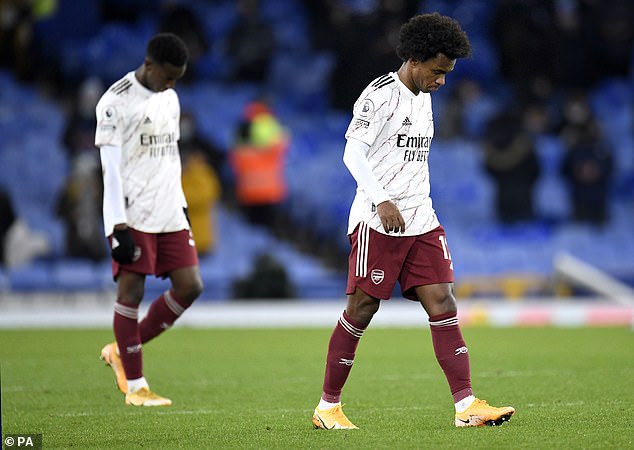 But even Arsenal — who are one of English football’s traditional Big Six and were hoping to be in the mix for Champions League qualification this season — have pre-empted the financial chaos relegation would cause and have included pay-cut clauses in player contracts.

The north London club’s annual wage bill is more than £150million, with the likes of Mesut Ozil and Pierre-Emerick Aubameyang among the best-paid players in England.

It is unclear whether the 25 per cent figure is a club-wide stance — but numerous players are known to be on that percentage reduction in the event of relegation.

The Gunners are four points above the relegation zone, having gained just two points from their last seven League games.

The prospect of them facing a fight to stay in the top division would, in normal circumstances, be unthinkable.

But their poor start to the season and manager Mikel Arteta’s struggle to arrest their slide down the table has raised fears they could be dragged into a relegation battle. 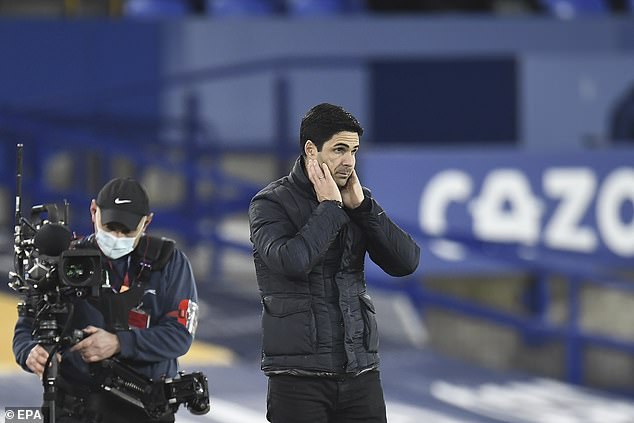 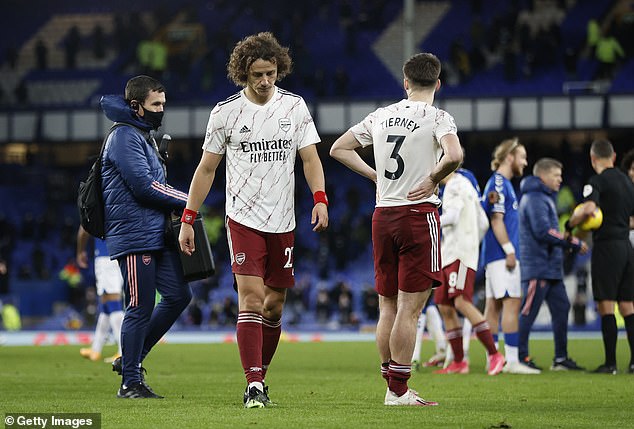