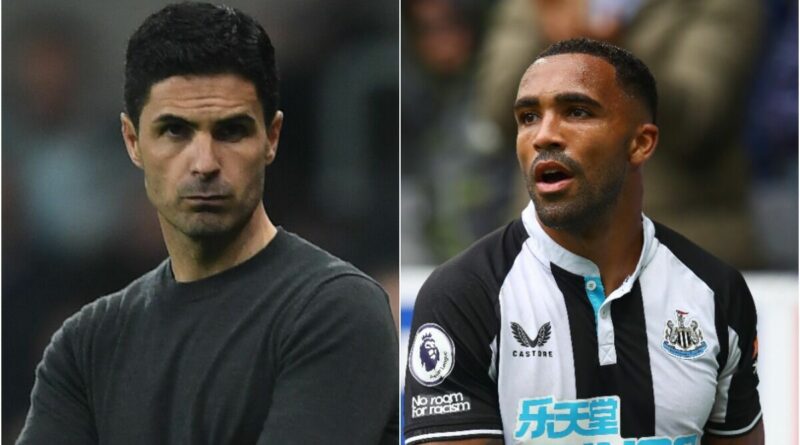 Newcastle United star Callum Wilson admitted to ‘licking his lips’ at Arsenal’s defensive woes when they were hammered by local rivals Tottenham last week. Wilson played superbly at St James’ Park on Monday evening to dash Mikel Arteta’s Champions League hopes, and the striker was not short of confidence going into the tie.

Arsenal could have secured Champions League football for next season if they beat Spurs last Thursday. But Harry Kane’s brace, either side of a Rob Holding red card, was capped off by Heung-min Son’s second-half strike as the Lilywhites kept themselves in the top-four hunt with a 3-0 victory.

And their prospects got even better on Monday night when Newcastle did them a huge favour. Despite losing a tooth midway through the tie, Wilson’s pressure forced Ben White into an own goal and Bruno Guimaraes later gobbled up his rebound to seal the win.

With Rob Holding suspended after a red card last time out, Wilson admitted to Sky Sports that he could not wait to capitalise. “It was an unbelievable atmosphere,” he said.

JUST IN: Liverpool boss Jurgen Klopp lifts lid on Kylian Mbappe pursuit – ‘We of course like him’

“Early on in the season everyone wrote us off and we were relegated by Christmas time. But we’ve dug deep and proved everybody wrong. I’ve noticed a difference [coming back into the team]. I’m getting a lot more chances and we’re keeping the ball better.

“I watched Arsenal the other night and I knew their centre-backs had injury problems. As a striker, I was licking my lips. I’ve worked so hard [to get back to fitness]. When you’re out injured you want to come back and make a difference.”

With one game remaining, Arsenal trail Spurs by two points with a vastly inferior goal difference. Just days after missing the chance to put Tottenham out of the running for good, Antonio Conte’s side now only need a draw against relegated Norwich City on the final day to get the job done – and the Canaries have not won in six matches.

Mikel Arteta may have spurned his best chance of getting the Gunners back into Europe, given their absence of continental competition this season which allowed them to focus on the Premier League. Wilson’s dig will make it even more painful for the Spaniard, who had sobering words for his dejected players after the final whistle on Tyneside.

“It was a really difficult night to swallow, Newcastle deserved to win,” he told Sky Sports. “They were comfortable from the first minute to the last minute, we had nothing in the game. They were much better in every department, they were better in duels, second balls, we were poor with the ball. We had nothing.

“A lot of things happen during the night, substitutions through injury but it’s not an excuse. Newcastle deserved to win from the beginning, they were much better for what the match requires to be on top of that. It’s true that we could not cope tonight with the game we had to play here.” 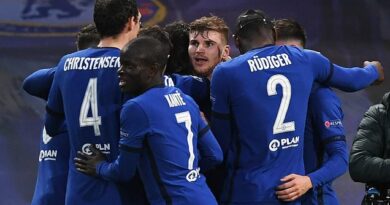