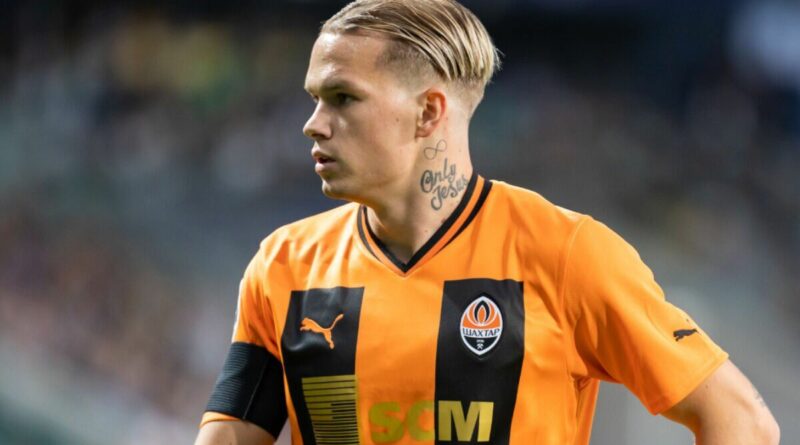 Mykhaylo Mudryk has made his stance clear on whether he would want a move to Chelsea this month, as Graham Potter’s side have attempted to gazump Arsenal to a potential deal for the Shakhtar Donetsk winger. The 22-year-old has attracted interest from both London sides following his displays in the Champions League, though the Ukrainian side have played hardball during negotiations.

Arsenal have had two bids rejected this month of £53million and £63m, while Shakhtar are holding out for a fee similar to the ones that took Jack Grealish and Antony to Manchester City and United respectively. As the two parties remained apart, Chelsea attempted to hijack a potential deal and bring Mudryk to Stamford Bridge.

Shakhtar chief Darijo Srna was spotted at Chelsea’s ground for their 1-0 defeat to Manchester City in the Premier League, which saw both Raheem Sterling and Christian Pulisic forced off with injuries and perhaps further highlighted the Blues’ need for further reinforcements in attacking areas.

Mudryk’s preference between the two clubs reportedly has been Arsenal, as he has made several social media posts hinting that he wishes to make the move to the Emirates. His latest, however, has explicitly given his view on a potential Chelsea hijack. Speaking to SportAnalytics’ subscribers, he was directly asked whether he would move to Chelsea.

Mudryk simply responded: “No” and sent a heart to accompany his message, indicating that he hopes Arsenal and Shakhtar can agree on a fee and Chelsea’s interest cools. It is not the first time that Mudryk has shown that his allegiance is to Arsenal.

He recently posted a video showcasing his skills, in which he played a Drake and 21 Savage song ‘Circo Loco’ that included the lyric ‘Still gotta see the Gunners win the Premier League’, having previously posted himself on social media during Arsenal’s 4-2 win over Brighton, watching the game as Eddie Nketiah scored the third goal.

Chelsea’s interest may well have slowed, as they are set to confirm the loan signing of Joao Felix from Atletico Madrid and are yet to make a formal bid for Mudryk. The Blues have a verbal agreement to bring the Portugal star to Stamford Bridge and are reportedly set to pay a loan fee of around £9m, while paying the entirety of his wages without receiving an option to buy.

Felix is a versatile forward that can play across the frontline, but whether Chelsea would want to add Mudryk after sealing a deal for the 23-year-old remains to be seen.

The Blues may have financial concerns regarding paying a fee of close to £100m for Mudryk, as they recently walked away from negotiations over Benfica’s Enzo Fernandez as they were unable to pay his release clause of £103m due to Financial Fair Play worries after their recent big spending. 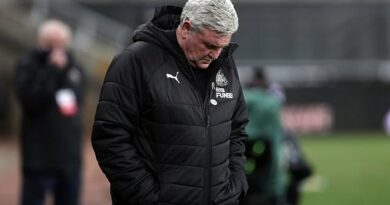 Bruce 'determined' to stay at Newcastle despite fans calling for axe