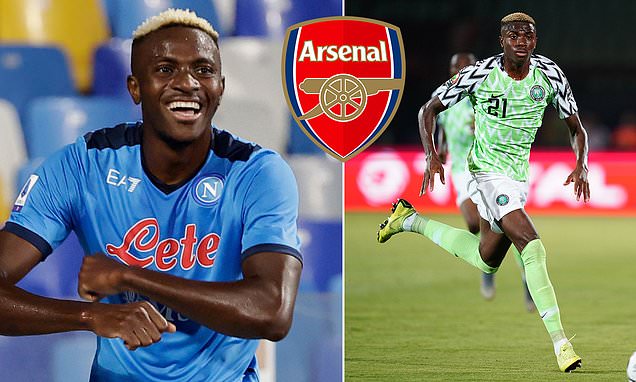 Arsenal target Victor Osimhen proved his worth as he scored four goals in Nigeria’s biggest ever win on Monday afternoon.

The Napoli striker stole the show as the Super Eagles completed a 10-0 thrashing of Sao Tome and Principe in their 2023 Africa Cup of Nations Group A qualifier.

In recent weeks, Osimhen has emerged as a leading transfer target for Mikel Arteta’s side and it’s clear to see why after he showed off his attacking prowess for his national side. 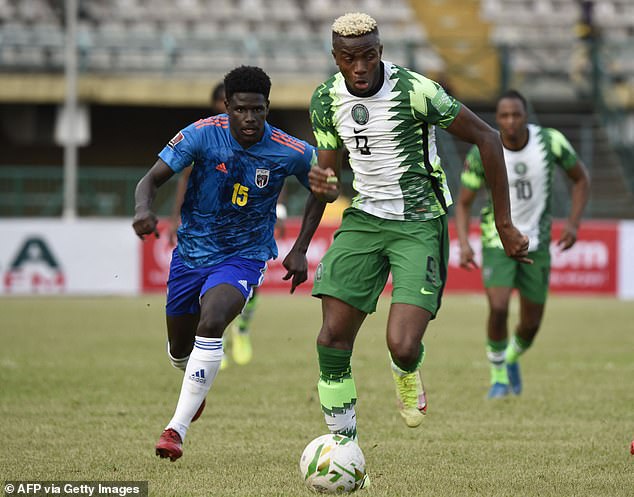 The 23-year-old opened the scoring in Morocco before Terem Moffi, Moses Simon, Peter Etebo, Ademola Lookman and Emmanuel Dennis also got on the scoresheet in Nigeria’s biggest victory in international football.

Arteta’s side are in search of a new leading talisman this summer, with the former Lille forward, Manchester City’s Gabriel Jesus and Sassuolo’s Gianluca Scamacca heading the list.

According to reports, Osimhen’s agent flew to London for talks with Arsenal about a potential transfer last week – however, the north London club understands Napoli will only consider offers considerably above the £65million that they played for the 23-year-old two years ago. 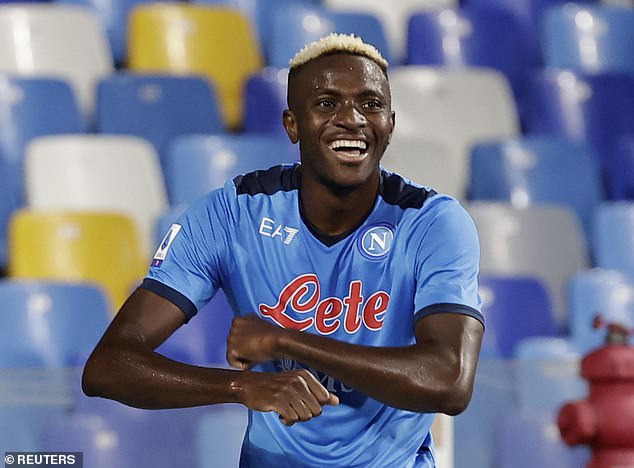 The Napoli forward scored 14 goals in Serie A last season and now has 15 goals in 22 international caps for the Super Eagles.

The win means Nigeria have a full haul of six points from their opening two games as they seek to reach the continental finals in Ivory Coast next June. 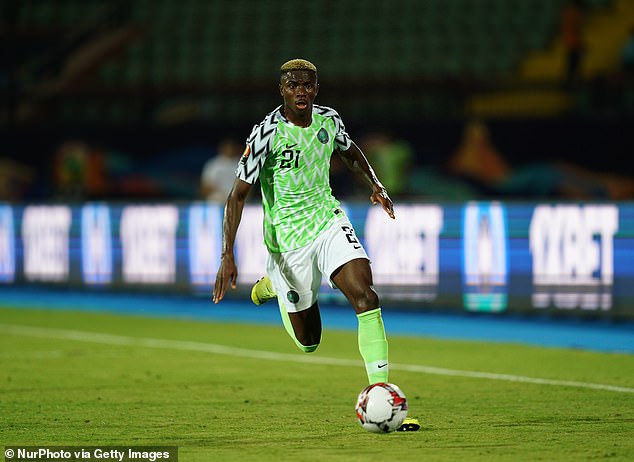 Two Liverpool stars miss out in Carragher's XI of season, so who's in?