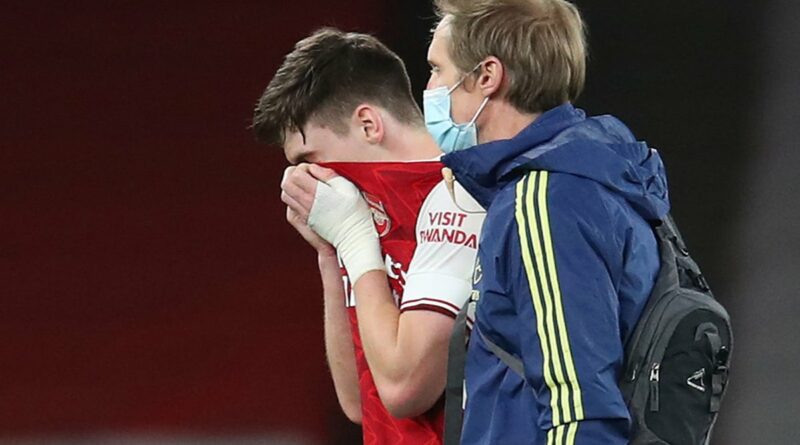 Kieran Tierney will miss Arsenal’s Europa League quarter-final first leg against Slavia Prague on Thursday, having picked up an injury at the weekend.

The left-back sustained a knee issue in Arsenal’s 3-0 loss to Liverpool in the Premier League and faces up to six weeks on the sidelines as a result.

On-loan Real Madrid midfielder Martin Odegaard is also set to miss Thursday’s home fixture against Slavia Prague due to a minor ankle injury, while centre-back David Luiz joins Tierney in missing out due to an issue with his knee.

Elsewhere, however, there is positive news for Gunners coach Mikel Arteta, who welcomes back Bukayo Saka, Emile Smith Rowe and Granit Xhaka following their recoveries from injuries.

PA contributed to this report.

How Jadon Sancho has already stunned Manchester United at Carrington once