Roma have identified transfer targets at Arsenal, Tottenham and Liverpool as Chris Smalling is set to return to Manchester United when his current loan deal finishes with the Italian club. The 30-year-old defender has impressed Roma during his spell at the Serie A club and while they would like to make the move a permanent one, they cannot afford United’s asking price.

Roma have held talks with the Red Devils about a possible deal and while negotiations had been going well, according to Italian publication CalcioMercato, the £22million (€25m) asking price is too high for the Giallorossi.

Given the financial uncertainty surrounding the current coronavirus pandemic and the drawn-out possible takeover at the club, Roma appear unlikely to sanction a transfer for such a high fee.

However, the report claims the club are exploring several alternative transfer targets who are coming to the end of their contracts.

One of those is Tottenham defender Jan Vertonghen. 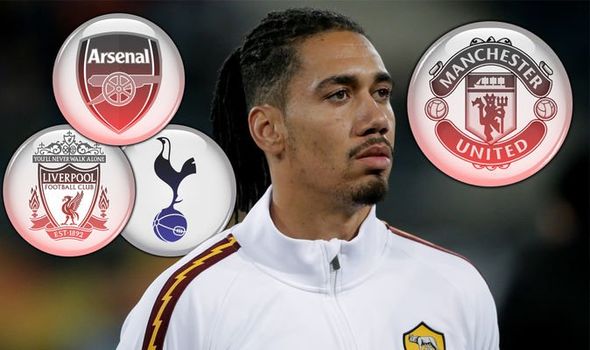 The 32-year-old’s contract is due to expire at the end of June and an extension between the club and player now appears unlikely.

Vertonghen has been a long servant of Spurs and has gone on to make over 300 appearances for the club after arriving from Ajax for just £12million in 2012.

And Roma believe the player’s wage demands would be roughly the same as Smalling’s, so accommodating him at the Stadio Olimpico wouldn’t be an issue for the club.

However, Lovren has only gone on to make 14 appearances for the Reds this season in all competitions and as his contract expires in 2021, Roma feel he could be signed in a low-cost deal this summer.

Roma are also said to be considering a move for Arsenal defender Sokratis Papastathopoulos.

The 31-year-old’s contract also expires at the end of next season and the Greek international has suggested he could look to change clubs after being played out of position as a right-back for parts of this campaign.

He last played at his preferred position of centre-back in the Premier League on January 11 during a 1-1 draw against Crystal Palace. 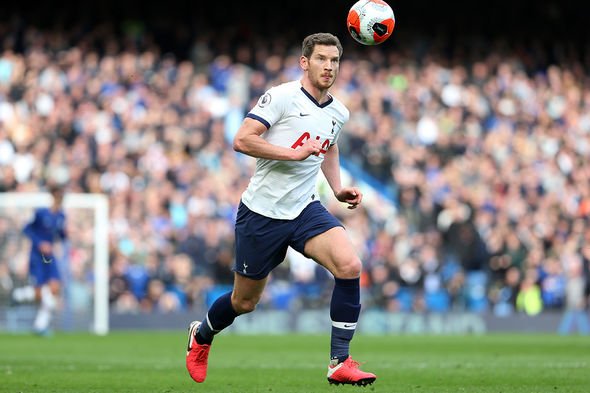 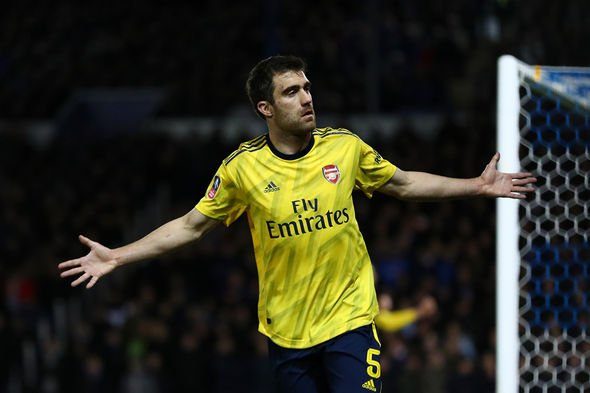 And while he scored to help the Gunners beat Portsmouth 2-0 in the FA Cup at the beginning of March, after the final whistle he insisted he will not “sit” on his contract.

“I don’t know,” he replied when asked if he would leave next year. “I have one more year here but me, I never sit on my contract.

“I don’t care. If I’m not happy, I don’t play enough or the coach doesn’t like me, I don’t care about the contract.

“For me the money is not important, it is important I feel good, I feel happy and the team is happy with me. If not, I take the road and I finish.

“I don’t think about it, I think every day to be happy and help the team and in the end we will see but what I say is that I am not a player who sits on a contract – I don’t need it.”

Roma are also said to be keeping tabs on 30-year-old Torino defender Nicolas Nkoulou and RB Leipzig’s 23-year-old centre-back Lukas Klostermann, with both players contracts currently due to expire in 2021.

Guardiola warns stars stuck on the City bench not to sulk

Opinion: MLB has changed since Tony La Russa left the dugout. At 76, can White Sox manager meet it halfway?

Jose Mourinho wanted to change whole Tottenham team in defeat to Royal Antwerp
We and our partners use cookies on this site to improve our service, perform analytics, personalize advertising, measure advertising performance, and remember website preferences.Ok