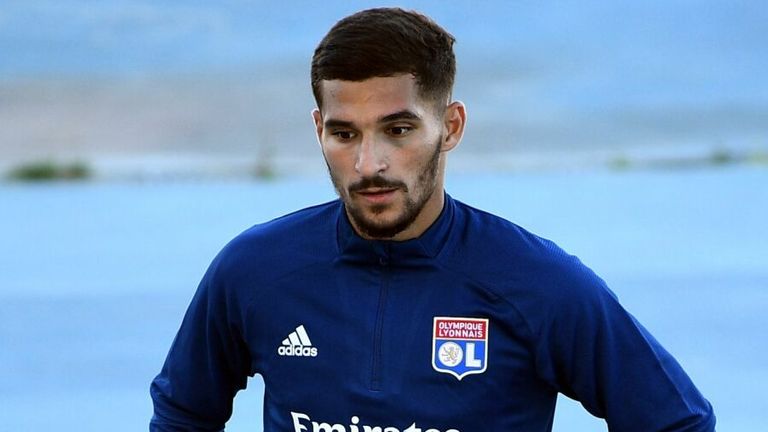 Wrapping up the Arsenal transfer news, rumours and gossip in the 2021 summer window.

Arsenal have agreed a deal to sign Brighton centre-back Ben White for a fee believed to be around £50m.

Arsenal boss Mikel Arteta remained tight-lipped about any future transfers after his side’s 2-1 defeat to Hibernian at Easter Road on Tuesday evening.

“We have got one for now and we are really happy with the one we have,” Arteta told Sky Sports News. “Unfortunately, he could not play today. Maybe he can play on Saturday.

“We will work with the players we have, try to make them better and try to compete as best we can.”

Who have Arsenal been linked with?

Houssem Aouar – Arsenal will go on a £100m spending spree with the Lyon midfielder set to join White in signing for the club next week (Daily Star, July 18).

Albert Lokonga – Arsenal are hoping to complete the signing of the Anderlecht midfielder before they fly out for their US pre-season tour next week (Mail, July 18).

Martin Odegaard – Arsenal are “ready to pounce” should the Real Madrid playmaker become available this summer (Mirror, July 17); Arsenal hopes of bringing the playmaker back to the Emirates have been boosted by claims Real Madrid need to slash their salary cap, with Odegaard at risk of being moved on (The Athletic, July 13).

Tammy Abraham – Arsenal are interested in Abraham, who Chelsea have already offered to a number of clubs as part of their search for a new striker (Daily Telegraph, July 16).

Ruben Neves – Arsenal have begun negotiations with Wolves over the signing of Neves (Record, July 12).

Thilo Kehrer – Arsenal have enquired about PSG defender Kehrer as they line up a transfer replacement for right-back Hector Bellerin (The Sun, July 14).

The latest players linked with a Arsenal exit

Hector Bellerin – Inter Milan are stepping up their pursuit of the Arsenal defender – but do not want to commit to paying a fee (Sun, July 17); the right-back has told Arsenal he wants to sign for Inter Milan this summer but the two clubs are yet to reach an agreement for the 26-year-old (Daily Mail, July 13).

Emile Smith Rowe – Talks over a new contract for Smith Rowe are moving “positively”, with all parties hopeful a deal can be agreed after Aston Villa saw two bids rejected (Sky Sports, July 15)

Joe Willock – Newcastle are in talks to bring Joe Willock back to Tyneside (The Times, July 13)

Granit Xhaka – Xhaka’s transfer to Roma is stalling due to Arsenal’s struggles with bringing in an adequate replacement (Daily Express, July 14).