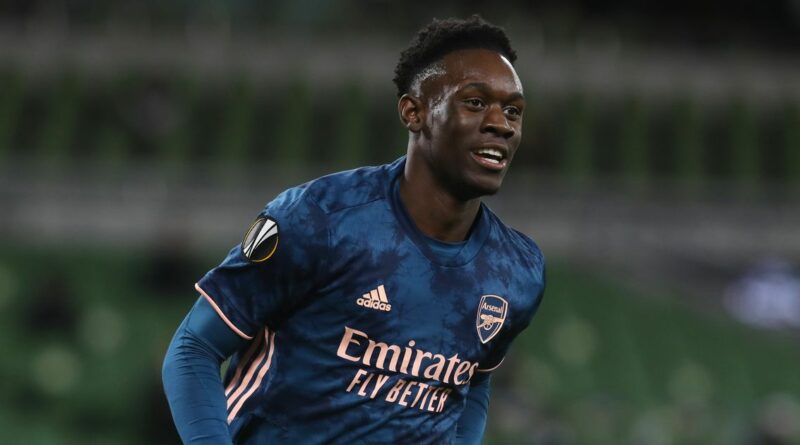 Arsenal boss Mikel Arteta has shown he is keen to trim his squad ahead of the second half of the season, with Sead Kolasinac and William Saliba already shipped out on loan.

Mesut Ozil is also destined to leave for Fenerbahce, but one star Arteta is desparate to keep hold of is 19-year-old forward Folarin Balogun.

The highly-rated England Under-20 international is out of contract at the end of the summer and Arteta suggested his agent is playing hardball in contract negotiations.

Meanwhile, Arsenal have learned what they must pay in order to prise Emi Buendia from Norwich City, while they are poised to rekindle their interest in Brentford goalkeeper David Raya.

Mikel Arteta hinted at his frustrations with the agent of Folarin Baolgun as he attempts to secure the 19-year-old on a new long-term deal.

Balogun is out of contract at the end of the season and is believed to be attracting strong interest from Liverpool.

"I’m telling you that we are doing everything we can to keep him here. And hopefully, from the other part, they’re doing the same and defending the same interest which is the player’s interests which is to stay at the club and be successful with us."

Is Folarin Balogun Arsenal's most promising youngster? Have your say here.

Arsenal will need to pay at least £25million to land Norwich City star Emi Buendia in the January transfer window, according to Eurosport .

The Gunners have been heavily linked with the Argentine playmaker as they bid to bring a creative midfielder to the Emirates.

Recent reports claimed Norwich would accept a fee in the region of £15million for Buendia – but it seems the Canaries will hold out for a much higher fee.

The player has picked up seven goals and seven assists in the Championship this season.

Gunners to return for Raya

Mikel Arteta was keen on the Spaniard as Emiliano Martinez departed the Emirates for Aston Villa. But the Gunners boss eventually settled on signing Alex Rusarsson from Dijon, though the Iceland goalkeeper has looked unconvincing at times.

While Brentford stood firm in holding onto Raya, the Daily Telegraph claims Arsenal may return for the shot-stopper, who is also being monitored by Manchester City.