With the new Premier League season drawing ever closer, Arsenal will be keen to get all the pieces in place for a return to the top four.

Mikel Arteta’s side will be competing on multiple fronts next season, having secured European football thanks to their FA Cup triumph, and have already made a number of new signings in preparation for Arteta’s first full campaign in charge.

More could well follow, and we’ve got the latest from around the continent as one potential signing appears to move nearer while others look less likely to be wrapped up going into the 2020/21 season.

Links between Arsenal and Quincy Promes are thought to be wide of the mark, according to Dutch journalist Mike Verweij.

The Netherlands international had been linked with a move to north London earlier in the summer, following a season in which he scored 12 goals in 20 Eredivisie appearances.

However, things have gone quiet on that front, with Arsenal adding Willian to their ranks but not making any additional progress on any other attacking targets.

“In London, it is said that it is mainly a trick of his agents to market him well,” Verweij told Telegraaf TV, per Sport Witness.

“Maybe it will play out, but at the moment that is not concrete.”

Promes, who began his career in the Netherlands with Twente, joined Ajax last summer after spells in Russia and Spain.

Barcelona change could see Arsenal miss out on Coutinho

Koeman, who played more than 250 games for the Catalan club, arrives with a rebuilding mission after Barca lost 8-2 to Bayern Munich in their Champions League quarter-final.

While that means some players will be offloaded, it could also result in a second chance for the likes of Philippe Coutinho, who is currently on loan at Bayern.

Coutinho had been linked with a summer switch to Arsenal before the managerial change, but this is now up in the air with Koeman having previously spoken highly of the player.

"The head coach will make the decision," Barcelona president Josep Maria Bartomeu said of Coutinho’s future, as reported by the Express.

"If he wants him to continue, next year he will play with us."

It looks more and more likely that Gabriel Magalhaes will be leaving Lille for Arsenal, with comments from the Brazilian’s club team-mate Jose Fonte pointing towards such a switch.

Fonte, who played for Southampton and West Ham United in the Premier League and Crystal Palace in the Championship, has been partnering Gabriel at the heart of Lille’s defence.

And the Euro 2016 winner told talkSPORT his colleague has been asking him about the Premier League.

“Hopefully he’ll make his decision and he’ll be very successful, I have no doubt about it.”

Arsenal aren’t the only club who have been looking at Gabriel, a regular for Lille last season in Ligue 1 and the Champions League.

The Gunners and Napoli are both believed to have agreed a fee with Lille, reportedly in the region of £22million, while Manchester United and Everton have both been interested in bringing the 22-year-old to England. 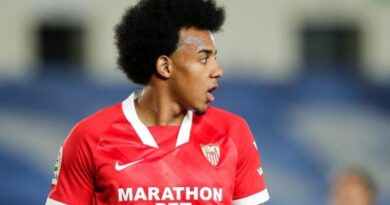