LIVE: Arsenal vs Manchester City – Mikel Arteta’s crisis-hit Gunners face tough task against his former mentor Pep Guardiola in Carabao Cup quarter-final, with visitors looking to win the competition for a FOURTH time in a row

Arsenal and Manchester City face off this evening with a place in the Carabao Cup semi-final up for grabs.

Tonight’s clash will come as a welcome distraction for Mikel Arteta, who has struggled to arrest Arsenal’s poor form in the Premier League which has seen them enter the relegation picture.

City lifted the trophy last season and represent a tough task for an out-of-sorts Arsenal side but cup football usually throws up one or two surprises.

Follow all the action from the Emirates Stadium here with Sportsmail’s CIAN CHEESBROUGH. 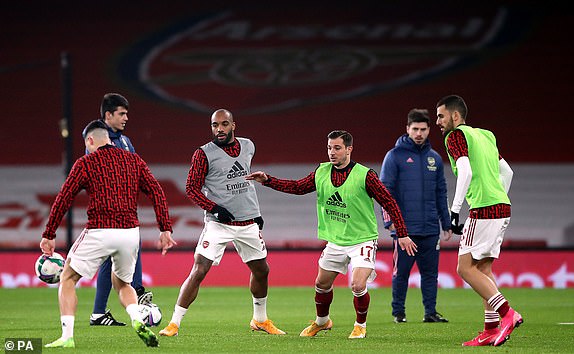 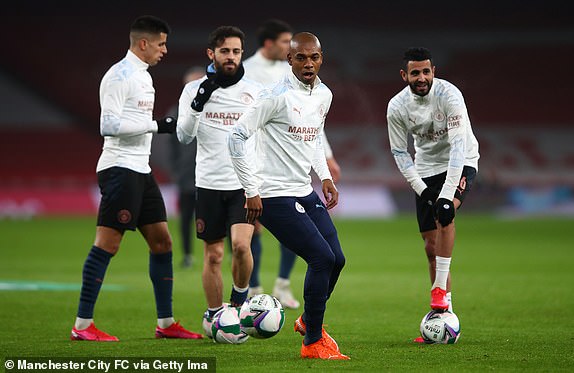 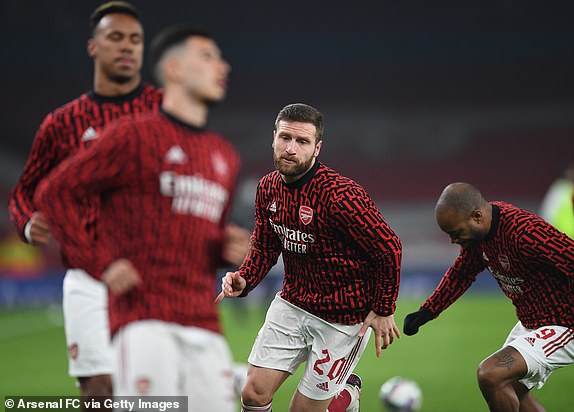 The Arsenal boss pre-match: ‘Lets see how he copes with it, he’s full of passion and energy. I’m sure he can add something for us.’ 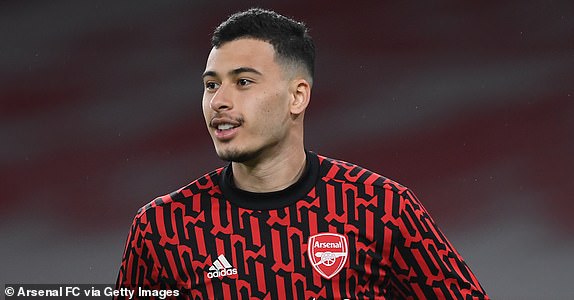 Players are being put through their paces ahead of the 8pm kick-off.

Plenty of new faces on show tonight for both sides, including American Jack Steffen who starts between the sticks for City. 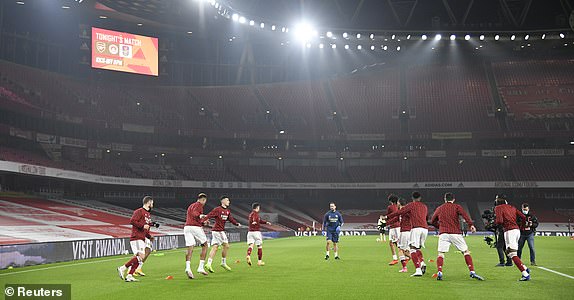 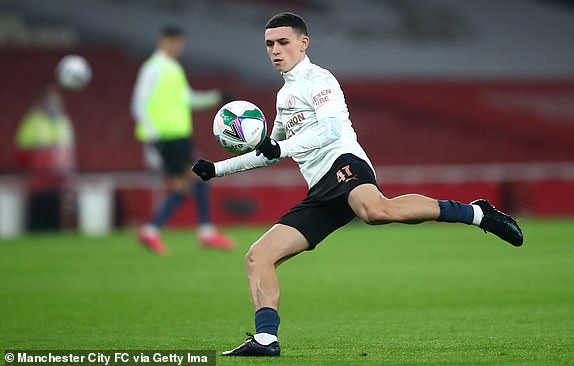 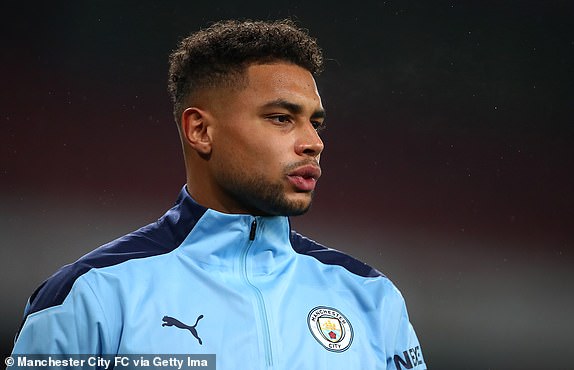 Arsenal’s highly-rated Brazilian has been out of action since March and his return will be just what the goal-shy Gunners ordered.

Mikel Arteta earlier this month urged patience with Martinelli’s return after a long absence, but there will be plenty of eyes on him tonight to see if he is the man to lift them from their woes.

The bookmakers predict an easy night for the Carabao Cup holders at the Emirates tonight.

City are 1/3 to book a third consecutive semi-final place while Arsenal are 9/4 to advance, according to bettingexpert.com.

Guardiola’s men are also 15/8 favourites to go all the way once again.

Tonight’s pair are battling for a last-four spot but will have to wait until April if they get any further.

The showpiece Wembley event has been pushed back to April 25 in the hope that fans will be there to witness their sides take a shot at cup glory.

The Carabao Cup is often a chance for manager’s to try out some of their fringe players and Arsenal seem like they would benefit from some fresh blood now more than ever.

Could tonight be a opportunity for 18-year-old Catalin Cirjan to get some first team minutes? The central midfielder has been promoted to senior duties and is ‘confidently’ waiting for his debut for the strugglers.

The Gunners are not short of critics right now after finding themselves in a lowly 15th place, a far-cry from the glory years under Arsene Wenger.

Gary Neville says the key for Mikel Arteta is to get Arsenal enjoying their football again if they are to recover their form.

Tonight’s cup tie will be a welcome distraction for Mikel Arteta after his side’s dismal form has led many to declare them as in a relegation battle.

A place in the semi-final will ease the pressure on the Spaniard, but reaching it will be no easy task with the competition’s holders for the last three years standing in their way.

Pep Guardiola will want his ruthless dominance of this competitoin to continue and are heavy favourites for this one, but we all love a shock in the cup!

Preview of the tie and team line-ups coming shortly!