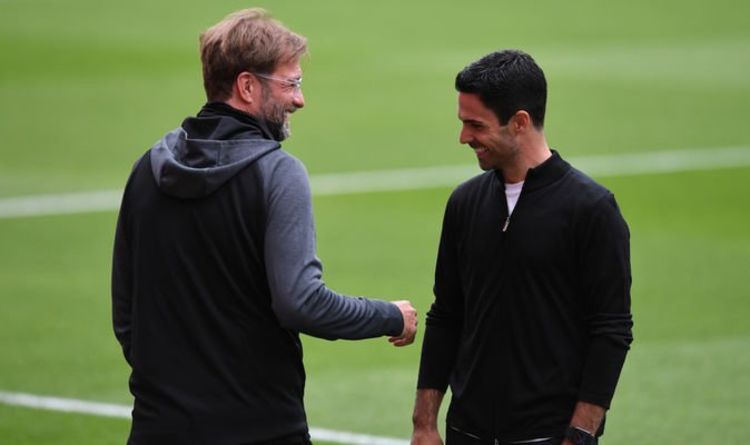 Arsenal will now host Liverpool in the first leg of their Carabao Cup semi-final a week later than originally planned after the clash in north London was postponed as a COVID-19 outbreak ripped through the Reds camp. Jurgen Klopp will instead take his side to the Emirates Stadium on Thursday, January 13, with the return leg at Anfield being played a week later.

Liverpool were without first-team stars Roberto Firmino, Alisson and Joel Matip during their 2-2 Premier League draw with Chelsea on Sunday after the trio contracted the virus.

Mohamed Salah, Sadio Mane and Naby Keita will now also be unavailable for upcoming games after the players flew off to Cameroon ahead of the start of the Africa Cup of Nations.

And following the latest outbreak at Liverpool, the Reds are down to their bare bones, meaning Thursday’s match has fallen by the wayside.

Liverpool were supposed to have a rare midweek off later this month but will now host Arsenal on Thursday, January 20 in the second leg of the semi-final.

On Tuesday evening, the Reds released a statement to confirm they had requested the postponement of Thursday’s encounter.

“The Reds have formally requested to the EFL that the fixture is rescheduled after further suspected positive tests were registered among players and staff, allied to other factors impacting selection, including illness and injury,” it read.

“Among the considerations which led to today’s application to the EFL is the need for travelling supporters to be given as much notice as possible of any potential postponement.

“With no prospect of the current situation improving ahead of Thursday’s fixture and the potential for it to worsen, the club considers it both prudent and reasonable to ask for the fixture to be rescheduled.”

On Wednesday, the club posted another statement to confirm the match would no longer take place as planned.

“The club’s submission to have the fixture rescheduled has been approved by the EFL due to the increasing number of suspected positive COVID-19 cases among players and staff,” read the second statement.

“The latest round of testing on Tuesday returned a significant number of positives, including Pepijn Lijnders, who was due to take charge of the Reds at Emirates Stadium.

“The outbreak has left Liverpool without a sufficient number of players and staff to fulfil the contest as originally scheduled.”

Liverpool are due to host Shrewsbury in the FA Cup on Sunday, but that match is also now in doubt.

The football calendar has once again been hit by coronavirus-related cancellations in recent weeks following the outbreak of the Omicron variant.

A string of Premier League games were cancelled over the festive period as clubs were unable to field matchday squads.

Meanwhile, Jurgen Klopp is still isolating after also being struck down by the virus.

The German missed Sunday’s trip to Chelsea and was also due to be absent on Thursday night. 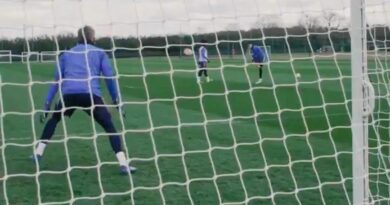