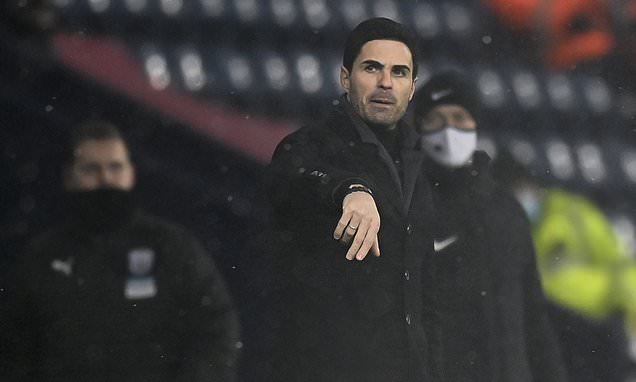 Arsenal vs Newcastle LIVE: Mikel Arteta looks to build on recent momentum in the Premier League and get FA Cup defence off the ground with visit from Steve Bruce’s Magpies

Arsenal will kickstart their FA Cup defence at home against Newcastle at the Emirates Stadium on Saturday night.

Mikel Arteta had been under huge pressure at the back end of 2020 but three successive wins have seen momentum build and the Gunners are now a side in form.

Newcastle were left bitterly disappointed at bowing out of the Carabao Cup at the quarter-final stage to Brentford but will know they have their work cut out on the road against Arsenal.

Bristol Rovers 2-3 Sheffield United: Chris Wilder’s men finally get their first win of the season as they book their place in the fourth round of the FA Cup

It really is all happening now – Sheffield United have won a game of football! Magic of the Cup. How many teams can say at this level that their first win of the campaign comes in this competition?

They’ll probably go on and win the whole thing now…

That cup drought might just go on a while yet in the North East for Steve Bruce’s side.

They haven’t even scored at the Emirates Stadium for just over six years  now. Even then Ayoze Perez’s goal was only part of a 4-1 hammering by the Gunners.

One good omen though, the last Newcastle player to score a winning goal at the Emirates does start today, with Andy Carroll nodding home back in 2010 to earn a 1-0 win (below).

Oh, one more thing. Newcastle have only scored more than once at Arsenal on one occasion in the last 18 years… and they lost that game back in 2012 by a 7-3 scoreline, with Theo Walcott grabbing a hat-trick. 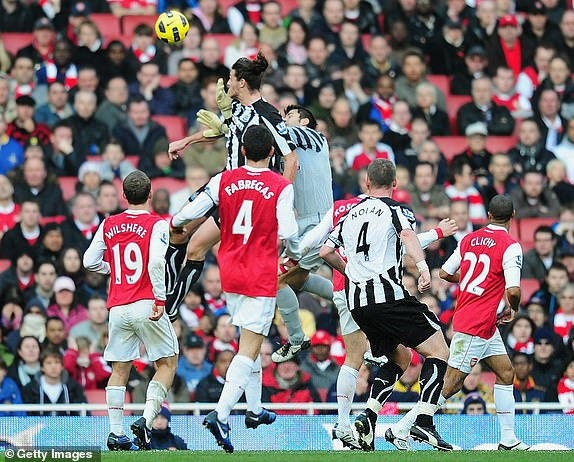 Arsenal’s Brazilian star Gabriel Martinelli on the injury hell that ‘broke’ him and left him in tears, training at Manchester United as a kid and returning to save the Gunners’ season

Arsenal’s rising star Gabriel Martinelli returns in attack today. If you haven’t read it already, please do take a few minutes out to check out our exclusive interview with him earlier this week.

Arsenal decide to rest seven members of the team that waltzed into West Bromwich Albion and left with three easy points with a 4-0 win with only Bernd Leno, Pablo Mari, Kieran Tierney and Pierre-Emerick Aubameyang keeping their places.

Newcastle also make seven changes to the team beaten 2-1 at home by Leicester City, with Ciaran Clark, Sean Longstaff, Miguel Almiron and Joelinton all remaining in the starting XI.

It will be interesting to see how strong these sides go. On the one hand Arsenal are the holders but have pretty good kids that can play as back up.

On the other we have a Newcastle United team who are in awful form and haven’t won a trophy in decades now. The Toon are unlikely to go down, can’t they just try to stick out a strong team and try and do something to get their fanbase optimistic about something? Let’s find out shall we?

Here we go again! Chorley’s players belt out rendition of Adele’s ‘Someone Like You’ as they go WILD in the dressing room after reaching the FA Cup fourth round for first time in their history

As I say, it’s been a mad old start so far and the headline news already today is that non-league Chorley are into the fourth round of the FA Cup after beating a Derby County totally decimated by coronavirus protocols. Of course the post-match Adele tradition is back…

So let’s keep the action coming on third round weekend as I welcome you to our live coverage of Arsenal vs Newcastle United at the Emirates Stadium. 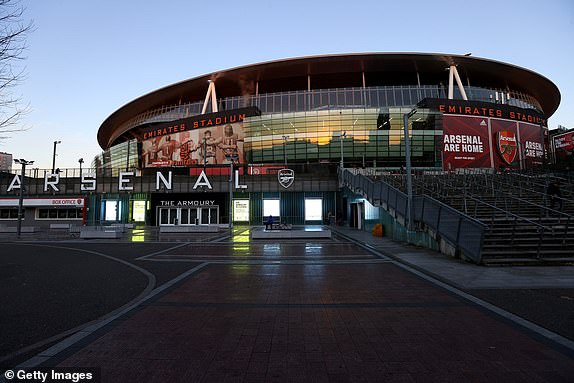