Arsenal kick off a double game week with a home clash against West Ham before taking on Manchester City in midweek in their re-arranged Premier League match.

The Gunners have endured mixed fortunes under Mikel Arteta who come up against his former boss David Moyes with the pair having worked together at Everton .

But they will be hoping to mount a late bid for a Champions League spot after crashing out of the Europa League.

Moyes was boosted by his side's win over Southampton last weekend but the Hammers remain in danger of dropping into the bottom three.

What time is kick-off?

The match kicks off at 3pm UK time.

What TV channel is it on?

The match will not be shown on UK TV but highlights will be on Sky Sports and BBC's Match of the Day later in the day.

Is there a live stream?

There is no live stream in the UK due to the broadcasting regulations.

Arsenal will be without Lucas Torreira for Saturday's Premier League visit of West Ham .

The midfielder suffered a fractured ankle in the FA Cup win over Portsmouth last time out and will be sidelined for some time.

Kieran Tierney (shoulder) is back in contention but Sead Kolasinac (shoulder) is absent, as are Cedric Soares and Calum Chambers (both knee).

Tomas Soucek has made a rapid recovery from injury to be fit for West Ham.

The Czech midfielder suffered a hip injury against Liverpool a fortnight ago but is already back in contention.

Andriy Yarmolenko is back in training but not ready to return, while Ryan Fredericks and Jack Wilshere are still sidelined.

David Moyes admits it will be "strange" coming up against his former captain on Saturday as he bids to lift West Ham further away from relegation trouble at Arsenal.

Mikel Arteta played under Moyes for seven years at Everton and even sought his old manager's advice before taking over as Gunners chief in December.

Arteta went on to have a successful spell with Arsenal as a player, and Moyes believes the Spaniard is destined to make a fine boss as well.

"Facing him will be pretty strange, it probably tells me that I am getting a bit old," admitted 56-year-old Moyes.

"He was a great player for me, he helped change Everton – the team, the way we played.

"We had so many good players at the time in Mikel, Steven Pienaar, Leon Osman. They were all terrific players and it changed what we had and improved us greatly.

"Once he got used to the physical elements of the Premier League he became a really good captain. He was an excellent professional and it rubbed off on a lot of the people around him. I was very fortunate to have him around me.

"He came in to a club that was on the up and had good players, but Mikel gave us something different.

"The biggest disappointment was when I had to sell him to Arsenal because, at the time, he wanted to go and it was a good move at the right time in his career, but we missed him. He was an exceptional player.

"Mikel is now on a different career path and has started really well. He'll remember a lot from the early days and he will go on to have a successful career, no doubt."

West Ham head to the Emirates Stadium on the back of a 3-1 win over Southampton which lifted them out of the relegation zone.

"Arsenal will cause us problems the way they do with most teams over the years but I think recently, the way we have played has given us the belief that we can play well," added Moyes.

"We cause the opposition problems, at the moment we are in a good period where we think we can score so we can take all of those positives into the game and get something from it." 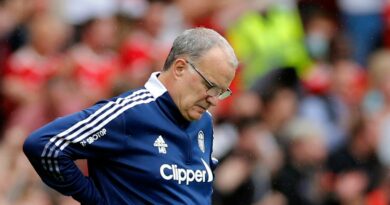