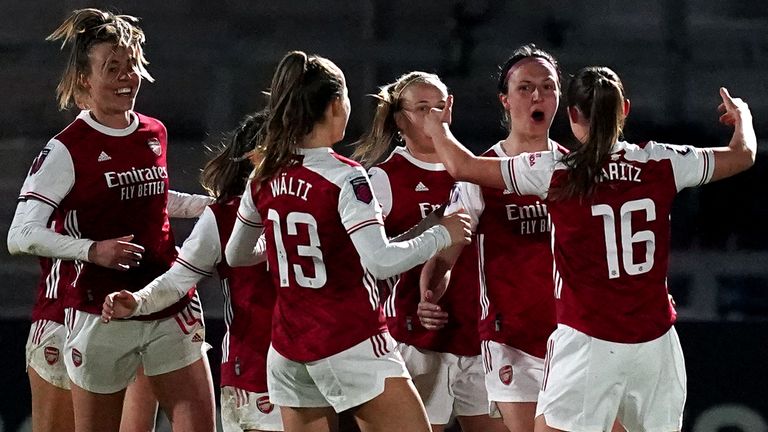 Arsenal came away with all three points in a 2-0 Women’s Super League victory  against Manchester United, despite having Beth Mead sent off at Meadow Park.

The hosts started brightly and went ahead in the third minute when Jill Roord’s shot deflected off Millie Turner and bobbled into the back of the net.

United pressed well and had a chance to equalise in the first half when Lauren James was picked out in front of goal, but the 19-year-old could not keep her effort down. However, it was the hosts who doubled their lead in the second half, when Lotte Wubben-Moy rose highest at a corner and powered her header past Mary Earps.

But it was not plain sailing for the Gunners as forward Mead was given a second yellow card in the 62nd minute for a late challenge.

The result means Joe Montemurro’s side closed the gap on their third-placed opponents to just three points. 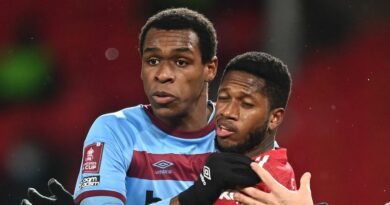