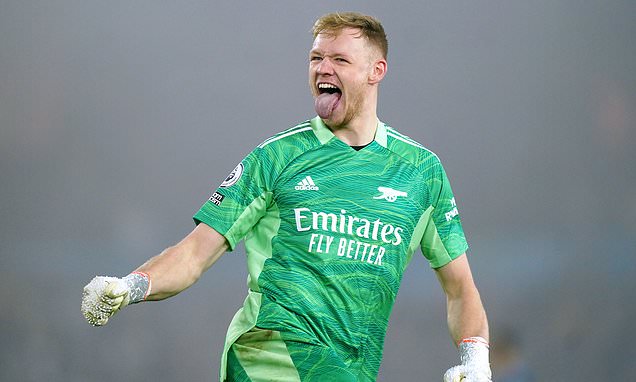 ‘Triggering the entire league’: Arsenal goalkeeper Aaron Ramsdale is praised for his ‘s***housery’ after winding up Leeds fans during comfortable 4-1 win at Elland Road as Mikel Arteta’s No 1 continues his trait of goading opposition supporters

Aaron Ramsdale’s ‘s***housery’ has been lauded by Arsenal fans after the goalkeeper taunted Leeds fans at Elland Road.

The Gunners beat Marcelo Bielsa’s side 4-1 on Saturday, with the visitors racing into a three-goal lead at half-time via a Gabriel Martinelli double and Bukayo Saka, and although Leeds’ Raphinha pulled one back, Emile Smith Rowe made it 4-1 late on.

And Ramsdale’s antics in winding up the home supporters throughout the match was celebrated on social media. 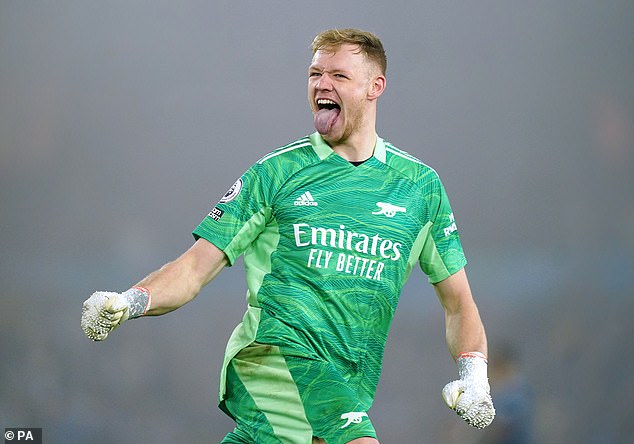 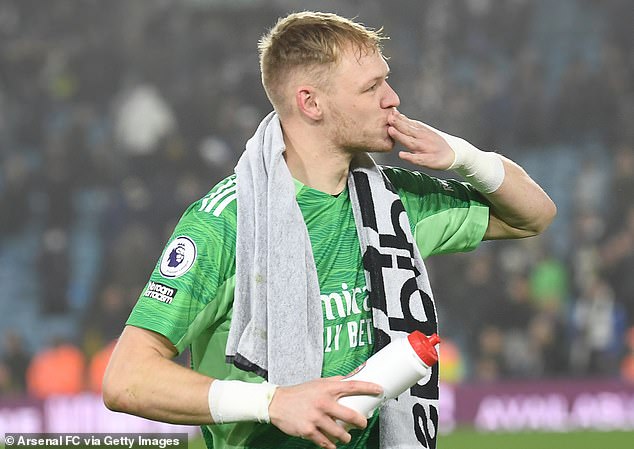 Arsenal’s decision to sign the 23-year-old this summer from Sheffield United was questioned, especially given doubts over his ability to oust Bernd Leno between the sticks and given his two successive relegations with the Blades and Bournemouth.

But after making his Premier League debut in September, Ramsdale has been an ever-present in the league, impressing with his shot-stopping, vocal presence and confidence.

His cult hero status among Gunners fans was only affirmed after his goading of antagonistic Leeds fans throughout the match, including running in front of them sticking his tongue out after Arsenal scored.

The England international also waved, winked and blew kisses at the Whites fans behind his goal after the final whistle.

And fans quickly took to social media to applaud his actions, with one saying: ‘This guy can handle pressure and hate chants from the opposition fans that’s HUGE.’ 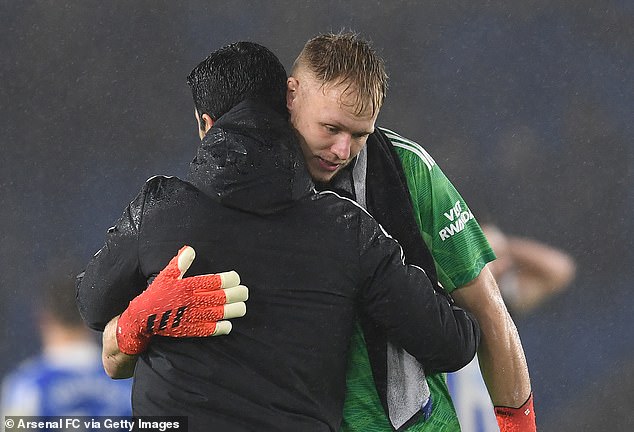 A second added: ‘As a Leeds fan behind that goal, I thought it was good s***housing from him. All part of the theatre.’

A third tweeted: ‘Ramsdale triggering the entire league before they all have to support him as England’s #1 one day. You just love to see it.’

One continued: ‘Sh*thousery honed in the lower leagues,’ while a fifth simply posted a video of Ramsdale goading Leeds fans with the caption: ‘I love Ramsdale,’ followed by four cry-laughing emojis.

After 15 appearances for England’s U21 side, he finally made his international debut for the senior team in a 10-0 victory against San Marino in a World Cup qualifier.

He is widely seen as the long-term successor to Everton stopper Jordan Pickford for Gareth Southgate’s side. 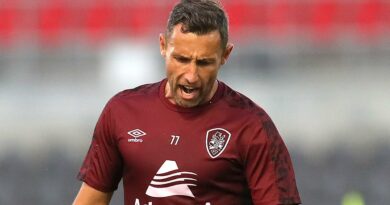 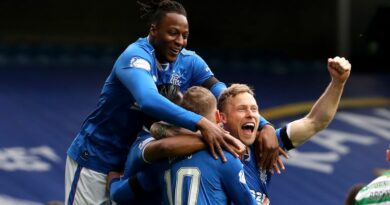