Arsenal’s transfer targets heading into January were to sign a striker and a midfielder, but they’re facing major difficulties on both of those fronts. The Gunners are short of depth and strength in both of those departments and will need to think fast if they are to acquire who they need before the end of the month.

The Gunners have been linked with numerous central midfielders this month, though they appeared destined to sign wantaway playmaker Arthur Melo from Juventus.

The 25-year-old has struggled for minutes at the Serie A side so far this season, starting just four league matches, and the opportunity to put himself back in the frame for the Brazil team for the World Cup looked ideal.

Arsenal have offered to take Arthur off Juve’s hands until the end of the season, which may see him return to form.

Reports have circulated that the player is keen on the move to the Emirates Stadium, however, it has been revealed that Juve aren’t keen on parting ways with the fringe player for just six months.

The Mirror claims that the deal is now in danger of collapsing because Juventus want to acquire the services of a replacement before giving a green light for the deal, and they would rather the former Barcelona star leave on an 18-month loan with the option to buy at the end of that spell.

The report goes on to state that they have been told by sources close to the player that ‘the next 24 to 48 hours will be crucial’, thus leaving Arsenal twiddling their thumbs when they could pursue other targets with an increased chance of success.

Denis Zakaria is out of contract at Borussia Monchengladbach at the end of the season and is a target of the Old Lady, as is Lyon’s Bruno Guimaraes.

Coincidentally, both have been linked with a move to North London previously and thus Mikel Arteta may be waiting to lose out on a target so that he can secure the signature of another.

But it won’t be a new feeling of disappointment at the Emirates as the club have already missed out on their no.1 priority this month, Dusan Vlahovic.

Again, Juve are the bane of Arteta’s issues as the Serbian striker is set to sign for the Allianz Stadium outfit rather than joining the Gunners.

The Fiorentina forward had previously said he wouldn’t be leaving his current club until the summer before then revealing that he wanted to remain in the Serie A, but neither statement deterred Arsenal, who were willing to splash the cash on the 21-year-old.

Attention has quickly turned to alternative targets, with Everton’s Dominic Calvert-Lewin thought to be the next target.

And journalist Dean Jones has revealed that those within Arsenal always felt that the English striker was a much better alternative to Vlahovic.

Speaking on The Done Deal Show, he said: “I don’t think Arsenal ever really thought they would get him, but they gave it a go.

“From what I was told by people around Arsenal anyway, a lot of people feel that Vlahovic isn’t a good fit for Arsenal, he’s not the type of player who will thrive in the system that Arteta would be building.

“There’s always been a thought that Isak or Calvert-Lewin would be better for what Arsenal are building towards, but we’ll find out now because they’ll have to go down a different path anyway.”

It remains to be seen whether Juventus continue to be a nuisance for Arsenal and refuse to conclude a deal for Arthur, or whether they opt not to burn bridges and shake on a move. 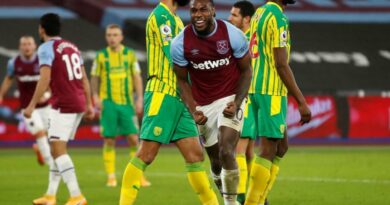