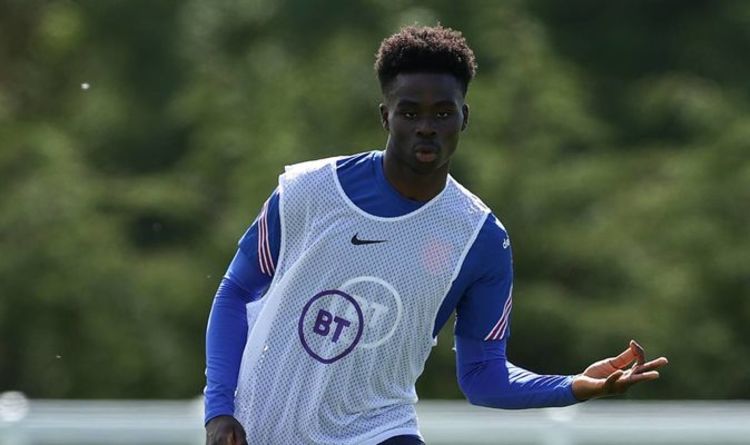 Gareth Southgate has been handed another injury concern with Bukayo Saka set to sit out of England’s final Euro 2020 warm-up match against Romania this afternoon. Saka has reportedly picked up a hip injury and joins Jordan Henderson and Harry Maguire on the treatment table.

The 19-year-old starred in the 1-0 friendly win over Austria, scoring his first England goal with a composed finish in the second half at Middlesbrough’s Riverside Stadium.

The Arsenal midfielder spoke excitedly about his impact following Wednesday’s match but has since picked up an injury.

The Athletic reports that he will miss Sunday’s friendly against Romania, although there is currently ‘no indication that the problem has placed Saka’s hopes [of] participating at Euro 2020 in jeopardy’.

The report states that the Football Association are ‘relaxed’ over Saka’s condition and he is still expected to be fit enough to play a part at Euro 2020.

It also says that Southgate is conscious of limiting players’ workloads after a tough Premier League season and Saka therefore might not have played against Romania anyway.

JUST IN: Arsenal star Leno subject of ‘a lot of enquiries’ amid exit rumours 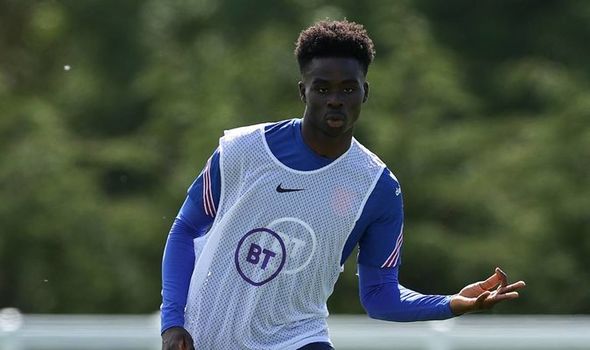 However, regardless of his plans, the news is worrying for Southgate, who already has problems with Henderson and Maguire on his plate.

Liverpool midfielder Henderson has not played since February 20 and was forced to undergo surgery on a groin injury, while Maguire hasn’t featured since injuring ankle ligaments in Manchester United’s win at Aston Villa on May 9.

After missing Wednesday’s match, Henderson is due to make his comeback against Romania today, while Southgate remains confident Maguire can contribute during the tournament.

Meanwhile, Southgate will have to name another player in his 26-man squad after Liverpool right-back Trent Alexander-Arnold was forced to withdraw from the tournament.

Alexander-Arnold has suffered a grade two tear in his quad and is expected to be sidelined for six weeks after limping out of the Austria game.

Southgate will pick between Ben Godfrey, Ben White, James Ward-Prowse, Jesse Lingard and Ollie Watkins to replace the right-back ahead of the start of their Euro 2020 campaign on June 13.

England face Croatia, Scotland and the Czech Republic, with all three of their Group D fixtures taking place at Wembley Stadium.

While Maguire will miss tonight’s friendly against Romania, Southgate expects the United centre-back to feature in the upcoming tournament.

“With any injury it’s impossible to predict 100 per cent,” he said.

“The medical team are pleased with his progress, especially the last couple of days. We know there’s always that risk but all of the guide is that he should be available.” 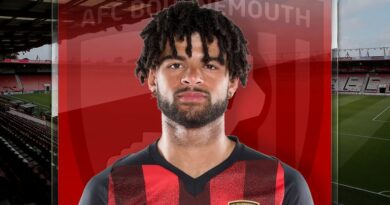 Philip Billing interview: Bournemouth midfielder on how the Cherries can go 'all the way' in the play-offs 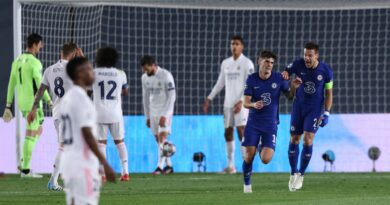 Who stays and who goes in Jose Mourinho's Tottenham squad?