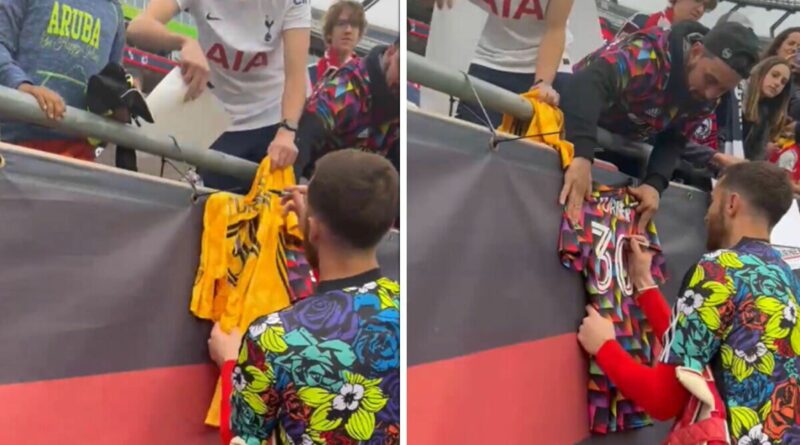 Incoming Arsenal goalkeeper Matt Turner has already endeared himself to fans after refusing to sign a Tottenham shirt on Sunday evening.

The American goalkeeper has seen out the rest of the season for New England Revolution by making just five appearances ahead of his move to the Emirates in just over a week’s time. He didn’t make the starting XI for his final MLS game against Minnesota United on Sunday, leaving him to give a lap of honour before he departed for the Premier League.

And the star has already given himself icon status in the red half of north London after appearing to turn down the chance to sign a Spurs shirt whilst saying his farewells. A video displays Turner walking around the Gillette Stadium, giving fans autographs on posters that had been printed for him.

Banners with messages such as “there’s only one Matt Turner” were rife, before Turner came to a Tottenham fan aiming to have his shirt signed. And in one fell swoop, Turner simply wagged his finger at the prospect of giving his signature and called the shirt “disgusting” before moving on to another person in a move that will delight Arsenal fans.

Supporters took to Twitter to laud the move, with one fan saying Turner was ‘already a legend’ before even touching a ball. The Gunners announced in February that Turner, 27, was set to join the club at the start of July in a £5million move that could rise to £8m if certain add-ons are met.

The New Jersey-born star played in all six games for the United States in their 2021 Gold Cup win and won ‘goalkeeper of the tournament’ as a result. And whilst he agrees that he will be second-choice behind Aaron Ramsdale upon his arrival, he will provide competition for the Englishman – with Turner ‘aiming to push’ himself to be the best he possibly can.

“We [Turner and Mikel Arteta] have talked a little bit. His main message for me was just to focus on what I need to focus on right now, getting through these next few months, staying healthy, staying fit and getting ready for pre-season and competing. The project they have going on there, [I want to be] an important part of the locker room, adding some experience.

Turner’s move will mean that Bernd Leno is certain to move in the summer, with Fulham reportedly interested in his services. And that could free up funds to allow other signings to be made over the summer, with Gabriel Jesus, Youri Tielemans and Lisandro Martinez all being linked. 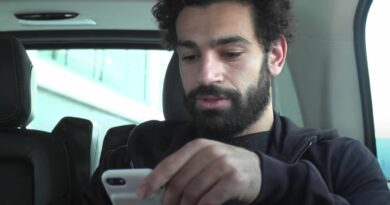