Arsenal’s collapse in the race for top four will leave them trapped in the same vicious cycle this summer… with no Champions League football to offer potential recruits or their own key men, luring the very best players is extremely difficult

The irony in Bruno Guimaraes slamming the Champions League door in Arsenal’s face on Monday night was inescapable.

The interest in Guimaraes from north London during the January window was entirely genuine, but it is said they were indecisive and slow in trying to close a deal.

Newcastle were less hesitant and the rest is history; Guimaraes scoring the second in a 2-0 win at St James’ Park to – barring the unlikely scenario of Tottenham losing to Norwich on Sunday – end Arsenal’s hopes of qualifying for the Champions League.

There was a similar theme behind Arsenal’s failure to land Emiliano Buendia last summer. 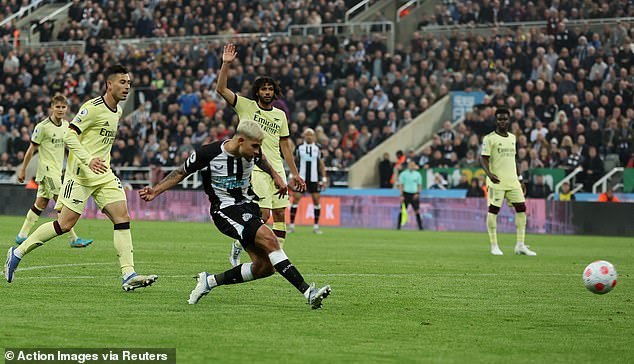 The Gunners were given ample opportunity by Norwich to complete a deal for the Argentina international – but dithered, dallied and haggled.

Like Newcastle did with Guimaraes, Aston Villa executed with minimal fuss to leave Arsenal floundering.

It appears Arsenal’s faults aren’t only restricted to the pitch.

But more of the Gunners’ recruitment problems later because, invariably, it’s on the pitch where they have really come a cropper.

They’ve choked. It’s as simple as that really. Any criticism of Mikel Arteta and his team should be tempered, of course. 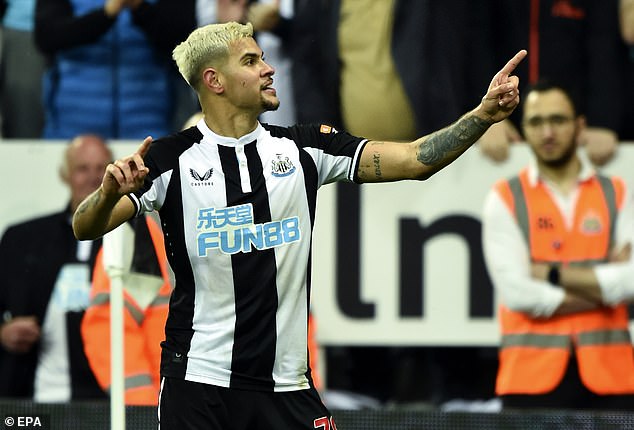 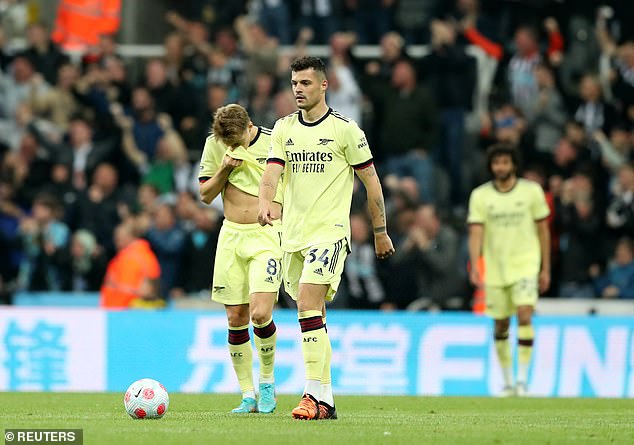 Unquestionably, they’ve taken steps in the right direction this season. They are close to qualifying for the Champions League – and head into the final day of the season with a, albeit slim, chance of finishing inside the top-four.

That signifies progress. That’s why Arsenal have handed Mikel Arteta a new three-contract, although there are some at the club who have questioned the timing of this month’s announcement believing the club should have waited until the end of the season.

Arteta probably deserves his new deal, he’s building a young team, who for much of the season have impressed.

But to capitulate in this manner, losing five or their previous nine matches will cut to the core and illustrates deep-rooted problems.

Much of those deficiencies are mental, and in many ways the only way of rectifying this ailments is with experience; suffering heartache like they did on Monday night. 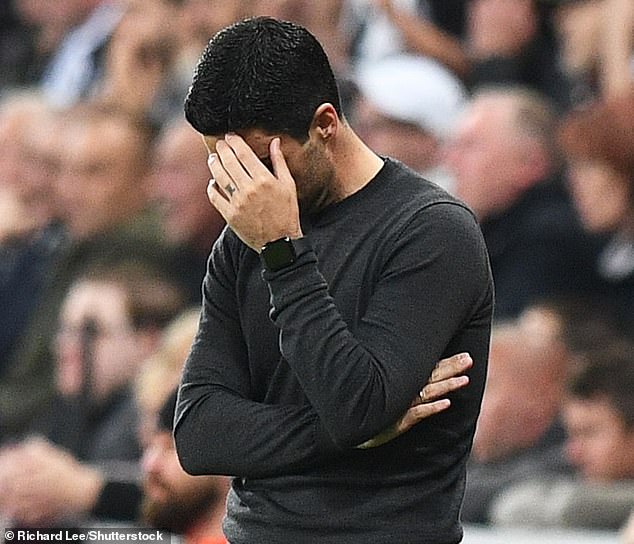 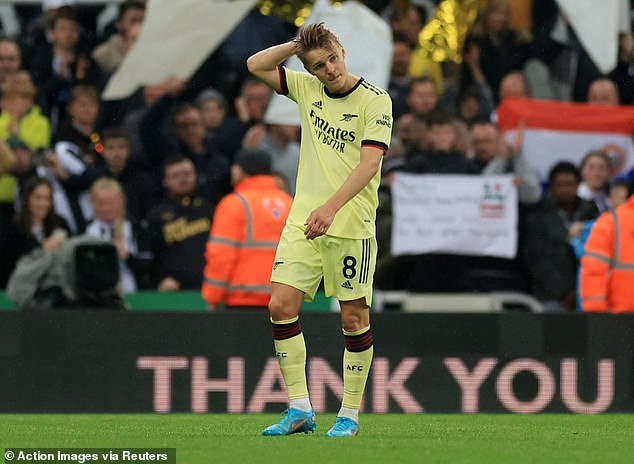 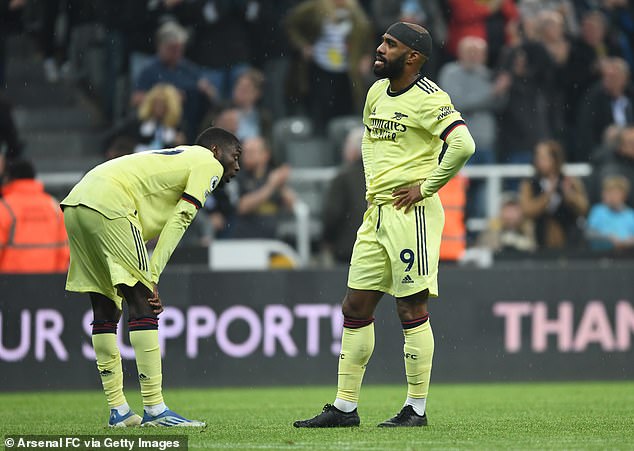 In reality, only Bukayo Saka, Thomas Partey and Kieran Tierney would interest the traditional big six clubs. The fact Partey and Tierney have missed the season run-in due injury hasn’t helped Arsenal’s cause.

But therein lies the problem; a distinct lack of depth in the Arsenal squad.

The starting XI is blessed enough to compete for a top-four place; had Tierney and Partey been available then the season climax may have transpired differently.

But moving forward, who’s to say Saka will stick around at the Emirates much longer? Talks over a new contract will take place after Sunday’s game versus Norwich.

However, those discussions, which were already heading for complications owing to the England star’s ambition to compete for major silverware and play Champions League football, will not be straightforward.

Earning their seat back at European football’s top table would certainly have eased negotiations – without it Arsenal are unquestionably on the back foot. 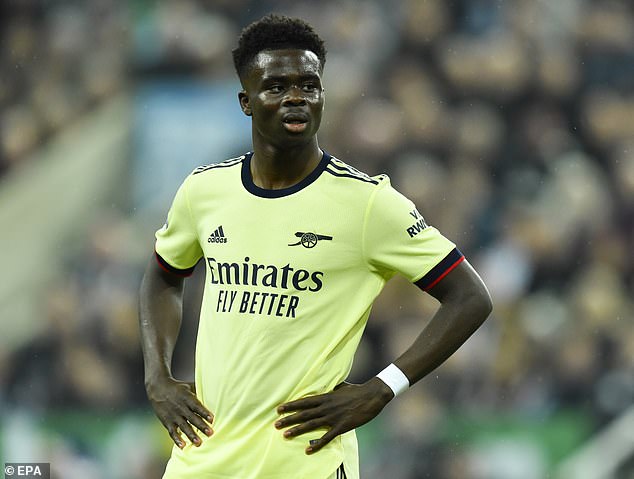 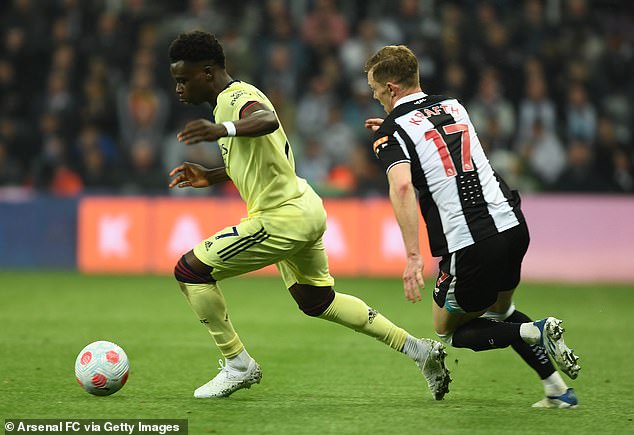 Saka’s current deal expires in 2024 but can Arsenal really risk allowing a player – who would be worth close to £100m – to enter the final two years of his contract?

It’s a tough call. It’s imperative for Arteta that Saka commits to the club, the 20-year-old is their best player.

But the fact a youngster who has played just three full seasons of professional football is widely-recognised as the club’s top man is worrying in itself.

That brings us back to the issue of recruitment.

It’s easy to say in hindsight, but the decision to let Pierre-Emerick Aubameyang leave without signing a replacement has proved costly.

Arsenal spent January trying to convince Dusan Vlahovic, who was at Fiorentina at the time, to join them instead of Juventus.

When it became clear they were losing that battle, Arsenal decided to keep their finances intact with a view to securing one of their preferred striker targets in the summer instead of landing a quick-fix to resolve the departure of Aubameyang to Barcelona. 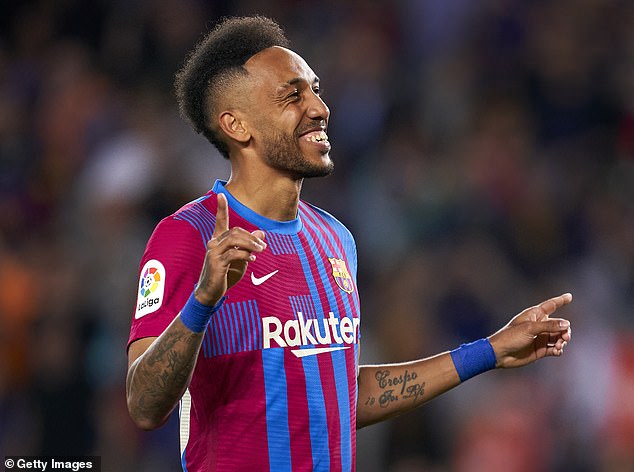 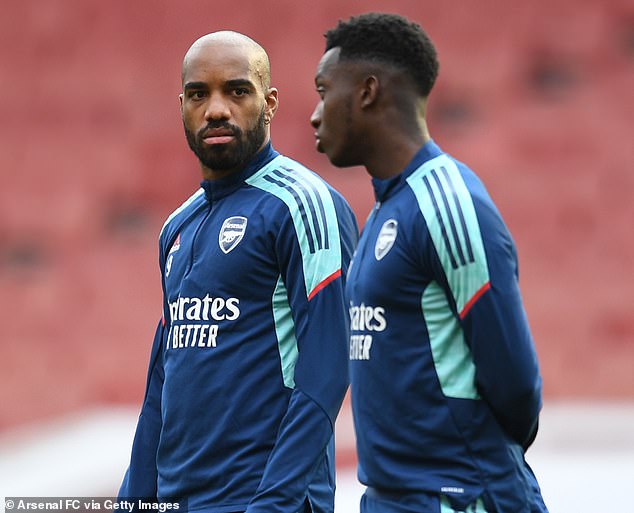 Arteta’s issues with Aubameyang’s discipline are well-documented and the Spaniard believed keeping him at the club would compromise his authority.

But in January 2017, following a training row between Antonio Conte and Diego Costa at Chelsea – the pair agreed to put their differences aside until the summer.

Chelsea won the Premier League that season before Conte was sent on his way to Atletico Madrid.

Aubameyang’s internal replacements – Alexandre Lacazette and Eddie Nketiah – have scored five goals between them since Aubameyang’s departure – the former’s contribution to that tally a penalty in the 2-0 win over Leicester in March.

Despite the circus, Arsenal could have done with Aubameyang for the final half of the season.

Moving forward, attracting the level of player Arteta and sporting director Edu want this summer will be compromised by the failure to qualify for the Champions League. 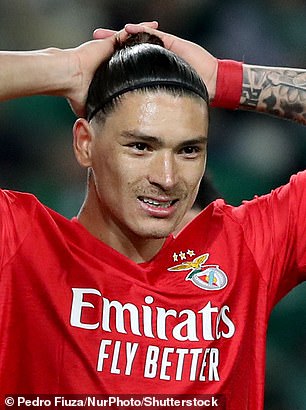 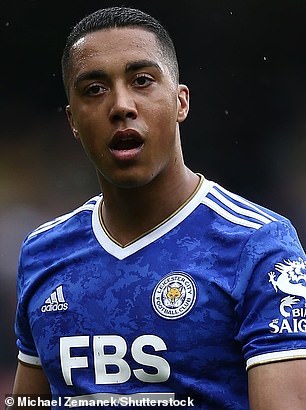 Arsenal are interested in Leicester midfielder Youri Tielemans, but the Belgian will prioritise a Champions League move before considering a move to London.

Granted the likelihood of landing Benfica striker Darwin Nunez was remote anyway, but they are likely to be non-existent now without top-level European football.

Manchester City striker Gabriel Jesus is said to be intrigued by the project Arteta is building, but is he fascinated enough to swap Champions League football to play in the Europa League instead?

It is claimed the transfer budget will be unaffected by the club’s latest failure to deliver top-tier European football next season, but money isn’t the problem here.

The best players want to play in the best competitions; as a result Arsenal may find themselves going deeper into the their list of targets than they would have liked.

It’s a vicious cycle, one Arsenal are struggling to move out of. 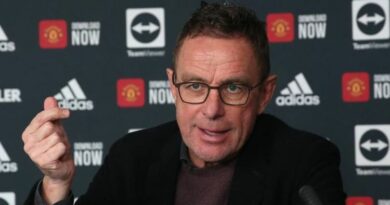 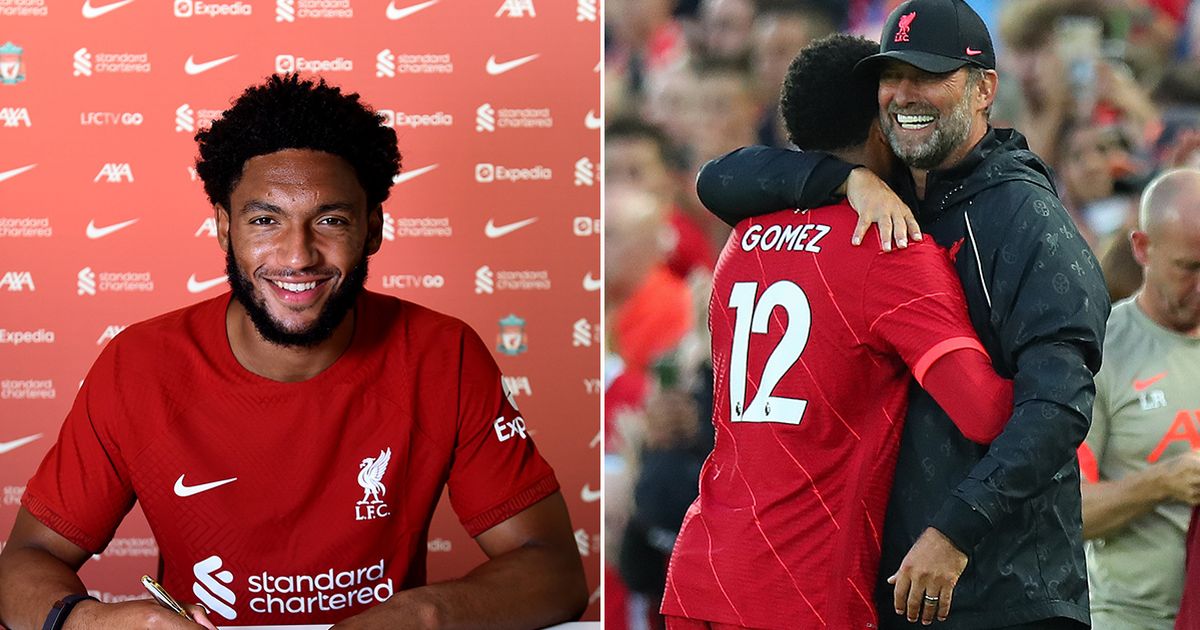 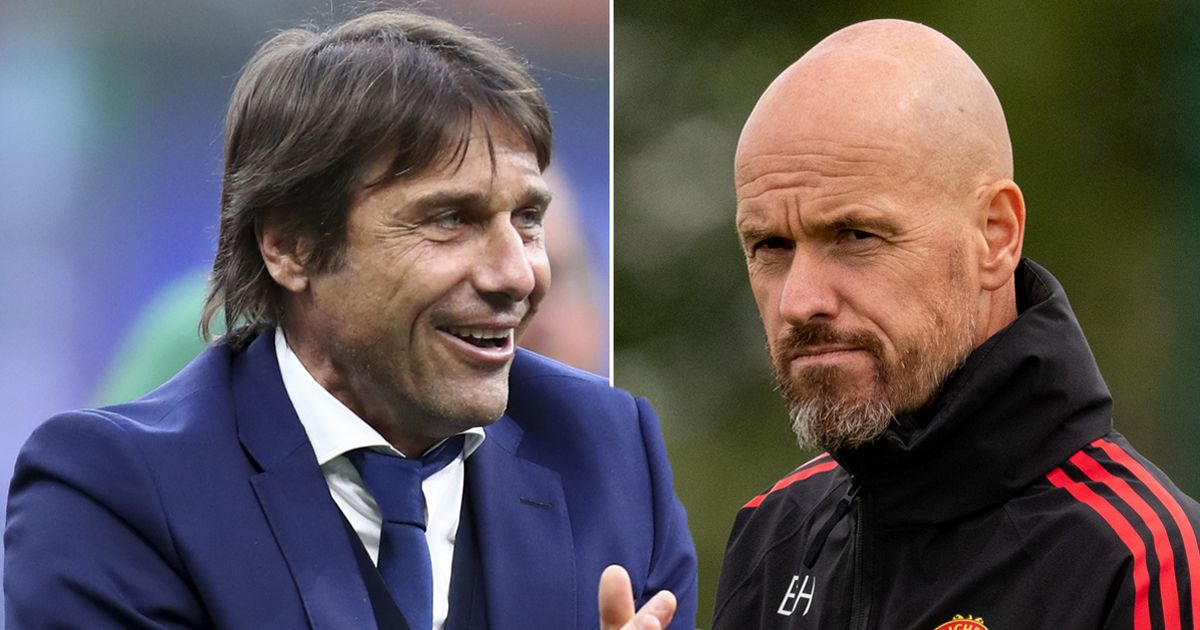