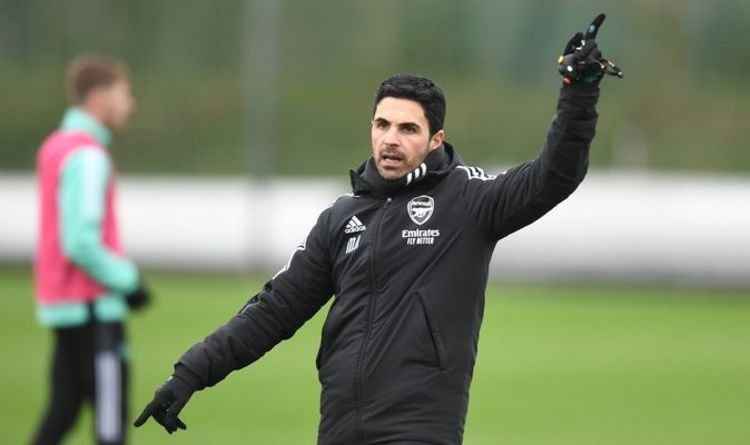 Mikel Arteta will welcome the fact that his only problem at Arsenal now appears to be picking which players should be playing. And after grabbing a brace in the 4-1 victory over Leeds to continue his fine goalscoring form, Gabriel Martinelli is giving the Spanish head coach a selection headache.

The 20-year-old played with the maturity of an experienced goal-getter as his clinical finishes put struggling Leeds to the sword on Saturday.

First, he lashed home past Ilan Meslier from inside the box after an error from Adam Forshaw to hand Arsenal the lead.

And for his second, he raced in behind Cody Drameh, brushing off one challenge from the defender before producing a delightful dink over the onrushing Meslier.

Naturally, his impressive all-round performance impressed Arteta, who noticed how his game has developed in recent months after conserving his energy to press when he needs to.

“You cannot play every action at 100mph, it is impossible,” he told the club’s official website.

JUST IN: Willian admits abuse from Arsenal fans led to him quitting club

“It is not very efficient for you because you burn yourself out after a few minutes, and then you [are] just chasing a situation and not reading exactly what is needed.

“Gabi is doing much better at that.

“We have to try to do that without losing the passion, the energy and this capacity he has to just affect the game with the way he acts on the pitch.

“He trains incredibly hard, he is always willing to do more and he is not scared or afraid to take risks, and that is what I like about him.”

That result means that Arsenal have now won three games on the bounce, and Martinelli has fired four goals and registered two assists in his last six appearances.

Their upturn in form has coincided with his return to the starting XI in place of Pierre-Emerick Aubameyang, who has been stripped of the captaincy over a personal issue.

Dropping the highly-rated Brazilian seems impossible at this moment, yet Arteta does face a conundrum when he considers how his side will line up when facing Norwich City on Boxing Day.

At present, Martinelli has been deployed as an inside forward on the left wing, forming part of a loose front three.

Alexandre Lacazette and Bukayo Saka have filled the middle and right flank spots respectively which ultimately leaves room for only one playmaker in behind — Martin Odegaard or Emile Smith Rowe.

Odegaard has had to be patient in waiting for his run in the side but, as his performance against Leeds suggested, the Norwegian is finding his feet in Arteta’s new-look side.

His intelligent chip into the path of Smith Rowe, who came on as a late substitute, allowed the attacking midfielder to score the fourth with an incisive effort.

His general passing and movement in attacking areas helped Arsenal carve open their opponents on countless occasions and it is exactly what the £35m midfielder came to the Emirates for.

And this is where the problem lies. There is currently no place for Smith Rowe in the team, despite coming on to score in each of their last two matches.

The 21-year-old has already hit seven goals in the Premier League this season, the best return of his career so far, which is more than Saka and Martinelli combined.

But the pair’s energy and work rate is invaluable to Arteta, and with both excelling in their current roles, he may not be able to drop them.

Instead, it could be Alexandre Lacazette who is the fall guy along with Aubameyang, whose Arsenal career looks to be over.

The Frenchman has only bagged twice in 12 league appearances this season and occupies the central striking role.

If Arteta was keen to perform a tactical manoeuvre to bring Smith Rowe back into the starting XI, he may consider moving Martinelli into the No.9 role.

Whether the diminutive forward would welcome playing in such an isolated position is unclear, but it would enable Arteta to squeeze in his in-form players and strengthen the Gunners’ young core. 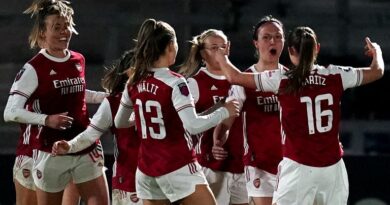