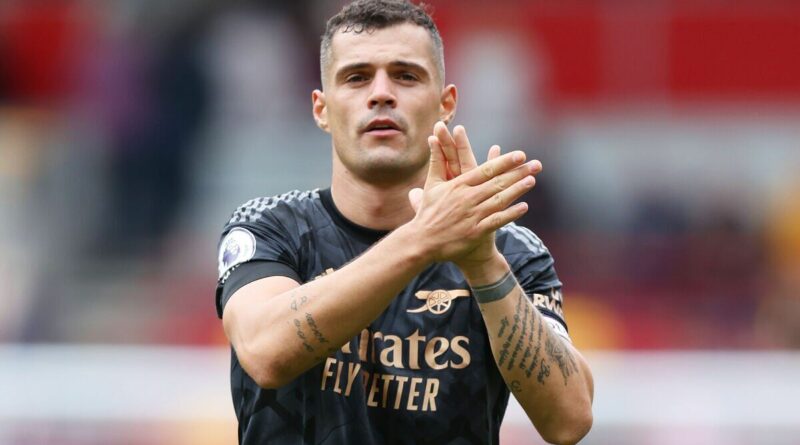 Tottenham legend Garth Crooks has slammed Granit Xhaka despite placing the Arsenal midfielder into his Premier League Team of the Week. Xhaka put on a commanding display as the Gunners smashed Brentford on Sunday to return to the top of the table.

Xhaka whipped in a delightful cross for Gabriel Jesus to head home at the Brentford Community Stadium home after William Saliba had already nodded in Arsenal’s opener. Summer signing Fabio Vieira sweetened the occasion for the travelling fans, dispatching a bullet from long range that flew in off the post.

The convincing 3-0 victory propelled Arsenal back to the top of the Premier League, replacing Manchester City who beat Wolves on Saturday. Crooks’ former club, Tottenham, trail in third after their own unbeaten start.

It was an important day for Xhaka, who wore the captain’s armband with Martin Odegaard out through injury. Crooks commemorated his display in a strange way, slamming his character while reluctantly acknowledging his ability. 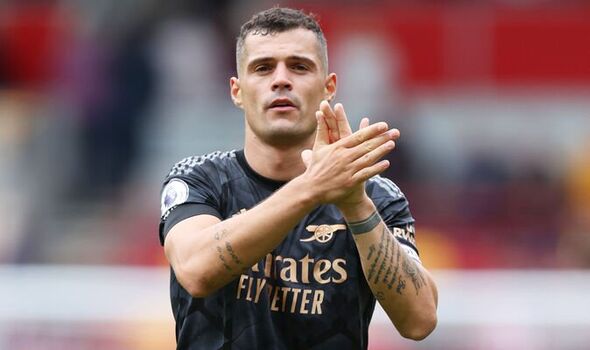 “I don’t like Granit Xhaka,” he wrote for BBC Sport. “I find him confrontational, overly aggressive and altogether irritating. Nevertheless, on his day he’s a very good player. He should have left Arsenal years ago.

“However, for some reason he has not only stayed at the club, but also occasionally wears the captain’s armband, such is his popularity these days. Against Brentford he looked very impressive and so did Arsenal.

“I would like to know why Brentford didn’t look up for this game, but the Gunners were so good I rather suspect that, even if they had, it wouldn’t have changed anything – Arsenal were that good. Most worrying.”

Despite Crooks’ old rivalry with the Gunners, there was also space for three other Arsenal stars as Aaron Ramsdale, Saliba and Jesus made their way into the XI. Five victorious Man City players also took their places alongside Fulham midfielder Joao Palhinha and Spurs forward Heung-min Son, who got off the mark in spectacular fashion with a second-half hat-trick against Leicester City. 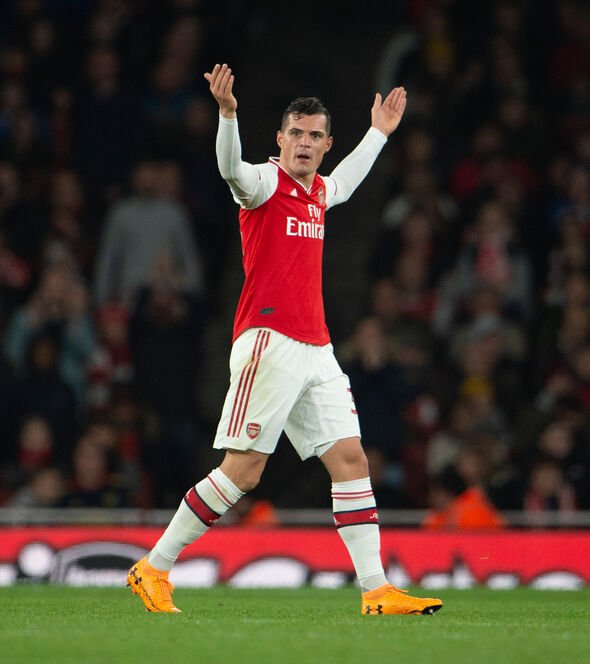 Xhaka has set about mending his relationship with Arsenal fans after an incident that saw him stripped of the captaincy in 2019. The Switzerland international ripped off his red and white shirt and told jeering fans to ‘f*** off’ amid a period that saw his performances heavily scrutinised.

While 23-year-old Odegaard was given the nod by Arteta to captain Arsenal this campaign, it’s clear that Xhaka remains one of the Spaniard’s most senior squad members and a vocal leader on the pitch.

Tottenham urged to ‘regroup and move on’ after Sporting defeat