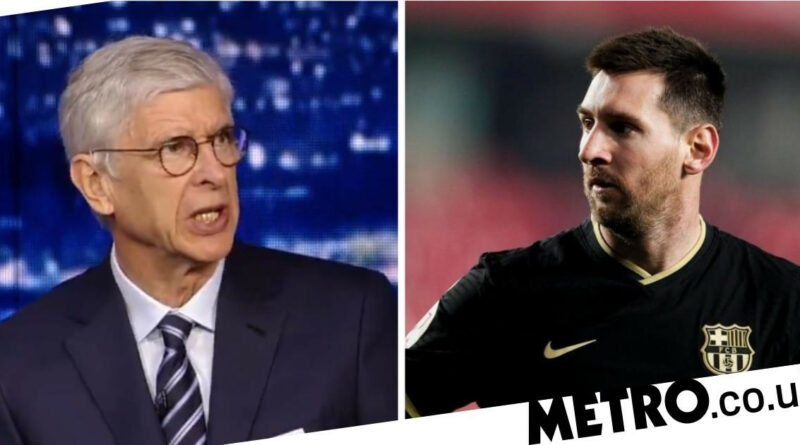 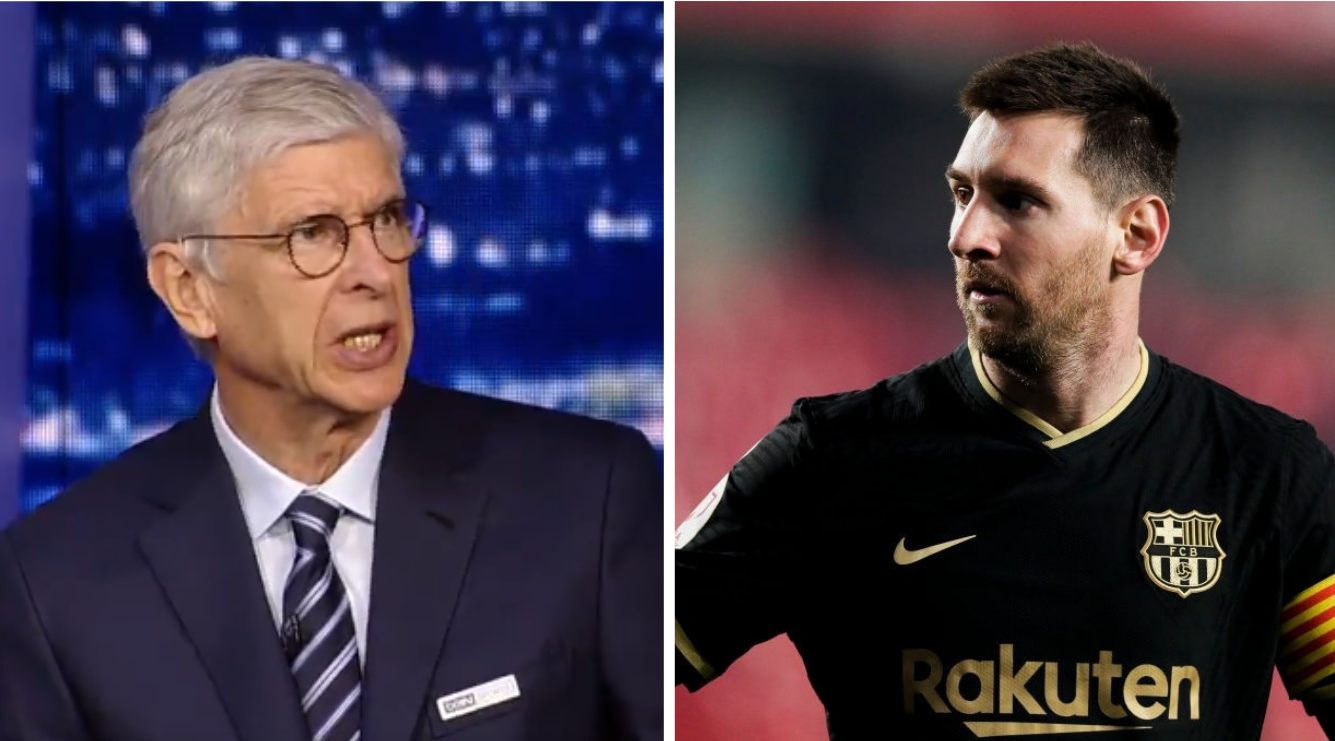 Messi’s Barcelona suffered a humbling 4-1 defeat in the first-leg of their last-16 Champions League tie with PSG on Tuesday night.

Argentina hero Messi gave Barca the lead at the Nou Camp with a first-half penalty but a superb hat-trick from Mbappe and a Moise Kean goal saw PSG storm to a famous victory.

Messi was heavily linked with a shock move away from Barcelona last summer and that speculation looks set to arise again ahead of this summer’s transfer window.

PSG would be one of the few clubs able to afford Messi but former Arsenal manager Wenger believes the club’s priority should be to tie down Mbappe and Neymar to new long-term deals.

French champions PSG are particularly concerned about Mbappe leaving – the World Cup winner will be out of contract in the summer of 2022 and has been linked with both Real Madrid and Liverpool.

Asked whether PSG should try to sign Messi, Wenger told beIN Sports: ‘That is another question because Lionel Messi demands a huge investment.

‘I would say PSG should be more focused on keeping their two best players and invest all the money they have in these two players.

Barcelona’s Champions League hopes are all but over following Tuesday’s heavy defeat and manager Ronald Koeman admitted his side were second best throughout.

‘Surely the result reflects how superior they have been,’ he said. ‘In the second half we had problems defensively.

‘They proved physically to be very superior to us. We have to admit that they have been superior. They have shown that they have a more complete team than us.

‘We have to accept it, improve things. We know that this can happen because we play against a great, physical team.’ 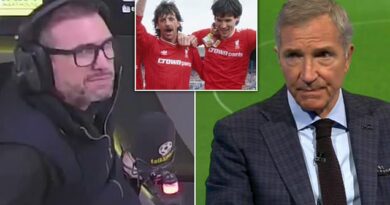