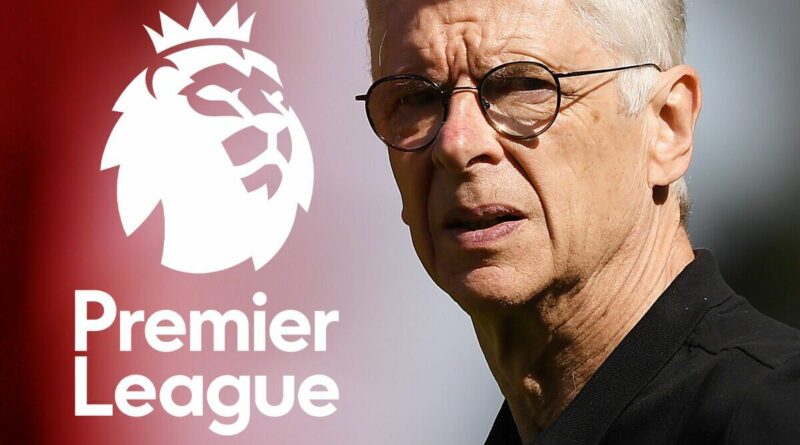 Arsene Wenger is back in the dugout this weekend as he manages the Rest Of The World side at Soccer Aid. The former Arsenal manager’s team will be captained by Usain Bolt. Joining the Jamaican will be the likes of Tottenham Hotspur hero Robbie Keane and former Manchester United defender Patrice Evra. Wenger made a name for himself in the world of football as an intelligent, trailblazing coach.

Given his intellect, it was no surprise that he had been keeping an eye on Brexit after the UK voted to leave the EU in 2016.

In June 2020, he claimed that Brexit could have a negative impact on the Premier League.

Wenger warned that it could result in the best players going to other countries instead of England.

He told the Mirror: “Certainly, subconsciously maybe for some people, it was to regain some sovereignty of their own destiny. And football is completely the reverse.

“How will that change? That will depend now on how Brexit will be applied to football.

“Will people inside Europe be considered as foreign players who cannot play in the English Premier League? I don’t know.

“But if the rules are restrictive, they will kill the superiority of the Premier League.

“Because today the Premier League depends on worldwide exposure, with the best players and worldwide ownership with multi-billion owners from around the world.”

Wenger also feared that some of the best foreign coaches would be dissuaded from going to England.

He added: “They will want to go where the best players are. So overall, that will depend on the decisions made.

“But I believe you’re intelligent enough in England and love football enough not to destroy what is basically a diamond today.”

In the same year, Wenger was asked by the Guardian about his political views.

When asked ‘are you a socialist’ he replied: “What is socialist for you? For me, a socialist is trusting connectivity to sort the problems of a society.

“First, you need a collective environment that favours the expression of the individual. After that, I think it’s down to an individual’s initiative to make the most of their life.

“But the dominant thing is a collective environment for me.”

He added: “I try to read everything that helps me to understand human beings better. And how society works and how democracy can evolve at the moment.

“Because it looks to me that the world is a little bit in trouble. At Fifa, we are confronted with that. And England, especially at the moment, is confronted with many problems about that.”

Wenger was also asked about football and racism.

The Frenchman said that the sport can lead the way in the fight against extremism.

He said: “I always felt football could be ahead and show examples of how the world could work. Why? Because with football, you don’t need to communicate with language.

“You share the emotions with the way you play. And that’s why you could put players from different countries together and show that you can achieve something together.

“So, I believe that on that front, football can be ahead of tomorrow’s society and be the example. I never felt a bit nationalist. I love my country.

“I respect my country, but I am not going to feel that because I’m from this country, this country is superior to other countries.”