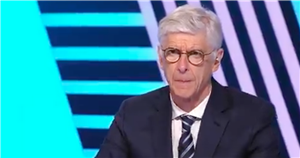 Arsene Wenger's explanation for Gareth Southgate picking Jadon Sancho over Jack Grealish was proved correct in the first half as England played Ukraine.

Sancho was given the nod over Grealish with Bukayo Saka out injured and Phil Foden seemingly out of favour.

It was Sancho's first start and he impressed in the first half in Rome with some fine dribbles, opening up the play.

That was exactly what Wenger spoke about when asked why Southgate chose Sancho to start in the Euro 2020 quarter-finals.

Speaking on beIN SPORTS, Wenger said: "Sancho, it's interesting because many ask why Grealish doesn't play.

"I would say Sancho is a mixture between Grealish and a winger, so maybe that's why he was given a chance.

"He is very creative, and similar to Grealish but more of an incisive dribbler, and that's why, maybe, he got the priority tonight."

Sancho will join Manchester United this summer after the Red Devils finally reached an agreement with Borussia Dortmund.

Wenger added: "He wants to attack on the flanks against a system that Ukraine plays, they play with three centre-backs.

"Sancho and Sterling could be important, with the game on the flanks for England."

Again, Wenger was proved right as England stormed into a three-goal lead shortly after half-time.

Rio Ferdinand added: "In them areas there, where Jadon plays, Foden, Rashford, Sterling, Saka, Grealish – that area there is the strongest in the squad without a doubt.

"You can put any player in there and everyone will have a cause for an argument to say they should be playing.

"Jadon Sancho is playing on the right-hand side because he can beat people one-on-one on the outside, he can cross the ball, and they’re the areas where he probably sees a weakness in this Ukraine team." 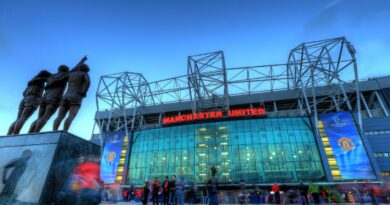 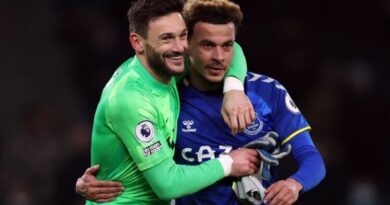