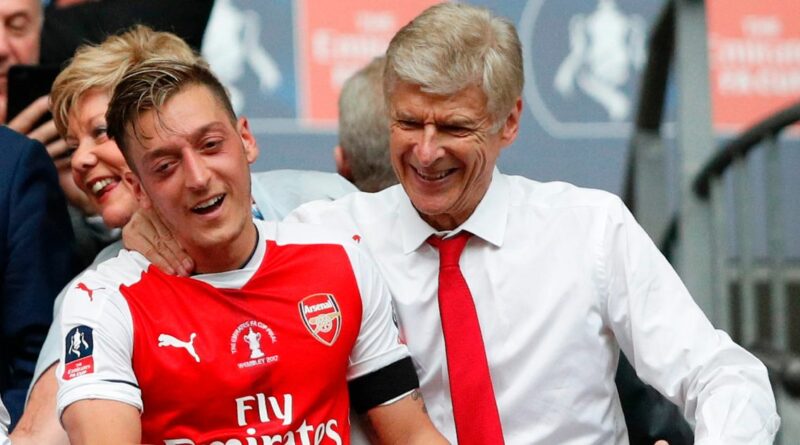 Ozil has been pictured in Turkey as he looks to complete his move following a tough few months at Arsenal.

The World Cup winning midfielder was left out of the Premier League and Europa League squads by Mikel Arteta.

His £350,000 per week deal was due to end in the summer, though a free transfer to Fenerbahce is all but done.

Arsenal are believed to have agreed a pay-off so Ozil can depart, with the former Real Madrid star having previously flourished under Wenger.

And the ex-Gunners boss believes Ozil can shine at his new club and help Fenerbahce to success.

“Well first of all I would say you have the pleasure to announce a transfer like that in a period where you will not have many transfers,” he told BeIN SPORTS Turkey when asked about Ozil’s move to Istanbul.

“And he will certainly be the biggest transfer of the January transfer window, because the world of football is a bit quiet.

“But overall it’s fantastic news for Fenerbahce, who are in a strong position in the league, and I think he can be the piece of the puzzle that will make them even more of a threat to win the Turkish league.

“I had never had a conversation [with him] about Fenerbahce before because I wanted to keep Mesut Ozil at Arsenal!

“But I could always feel a strong Turkish link because I met the family, I met his agent, I met his father when I signed him.

HOW WILL MESUT OZIL DO AT FENERBAHCE? LET DAILY STAR SPORT KNOW YOUR THOUGHTS IN THE COMMENTS BELOW

“You could see that there is a strong attachment to Turkey and a big interest in the Turkish league.”

Ozil is set to take a huge pay cut by leaving Arsenal with his Fenerbahce deal reportedly worth £3.5m a year.

Should they qualify for next season's Champions League, which would require a top-two finish, Ozil will reportedly receive £222,000.

The former Germany star leaves Arsenal after seven-and-a-half years, and is joining a team that he’s been a long-time supporter of.

Ozil had said: “I am a Fenerbahce fan. That is why I am very happy to be coming to Turkey with Fenerbahce.

“I’m very excited. God gave me the chance to wear this jersey as a Fenerbahce fan.

“God willing, I will carry it with honour and do everything I can for the team.”