Home » Soccer » Arteta: Aubameyang was subbed v Newcastle because of a 'stomach issue' 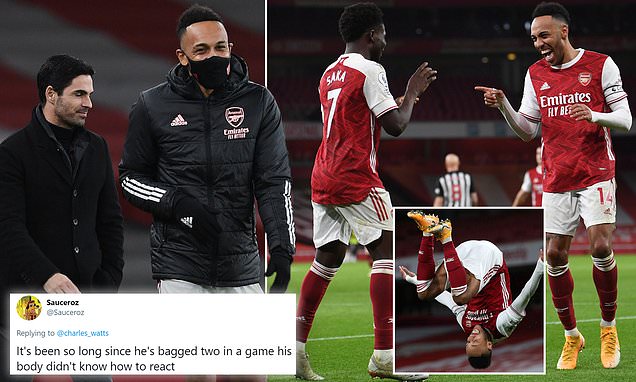 Arsenal boss Mikel Arteta reveals Pierre-Emerick Aubameyang was subbed during win against Newcastle because of a ‘stomach issue’… and rushed straight to the toilet!

Mikel Arteta has revealed that Arsenal skipper Pierre-Emerick Aubameyang was denied the chance to complete his hat-trick against Newcastle after suffering from a ‘stomach issue’.

The Gunners comfortably overcame Newcastle 3-0 in the Premier League on Monday night, with Aubameyang scoring a second-half brace while Bukayo Saka netted in between.

And after Aubameyang put the icing on the cake with his second of the night at the Emirates, he was immediately replaced by Willian before rushing straight down the tunnel. 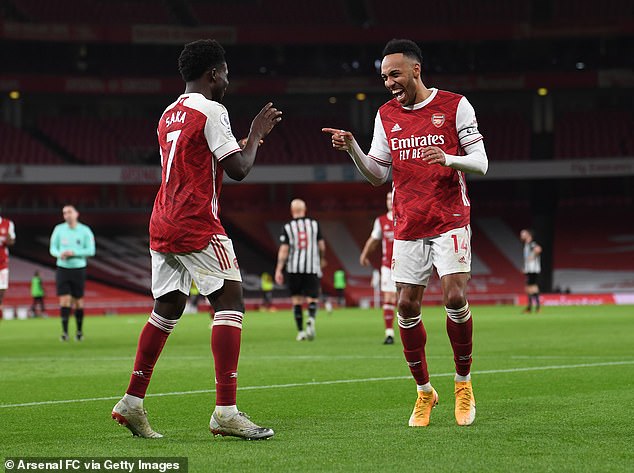 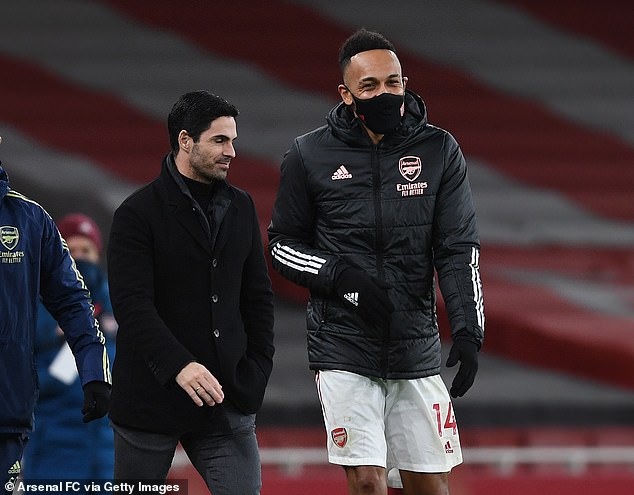 And after fans were left wondering why Aubameyang was replaced, Arteta revealed that he was forced into the change.

Asked after the final whistle why he took Aubameyang off, who netted his fourth and fifth goals in the Premier League this season amid a tough run of form, Arteta simply admitted while smirking: ‘Stomach issue.’

Fans inevitably flocked to social media to make light of Aubameyang’s issue, with one Twitter user posting a video of the infamous moment Gary Lineker pooed himself on the pitch at the Italia ’90 World Cup, alongside the caption: ‘Aubameyang if he had stayed on for the hat-trick.’

Another Twitter user joked: ‘It’s been so long since he’s bagged two in a game his body didn’t know how to react.’

‘Its because he hasn’t done a front flip in time,’ another fan wrote alongside a laughing emoji, while one said: ‘When you gotta go you gotta go.’ 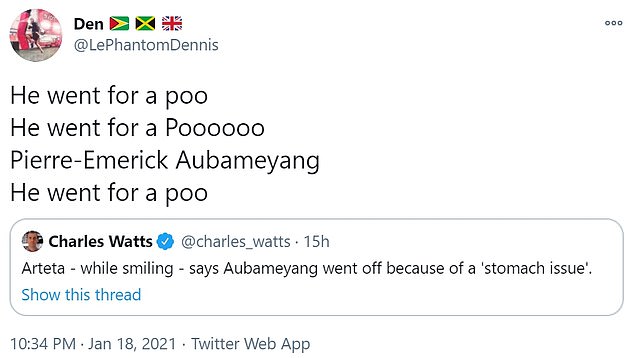 Meanwhile, Arsenal fans will now be hoping Aubameyang’s brace will kickstart his season after a drought in front of goal as they look to climb the table.

The Gunners have just moved into the top half of the Premier League with 27 points at the halfway stage, but Aston Villa – just one behind – are set to move above them again as they still have four matches in hand.

After Arsenal face either Southampton or Shrewsbury in the FA Cup fourth round on Saturday, they take on the Saints in the Premier League next Tuesday night, which represents the start of a difficult run of games. 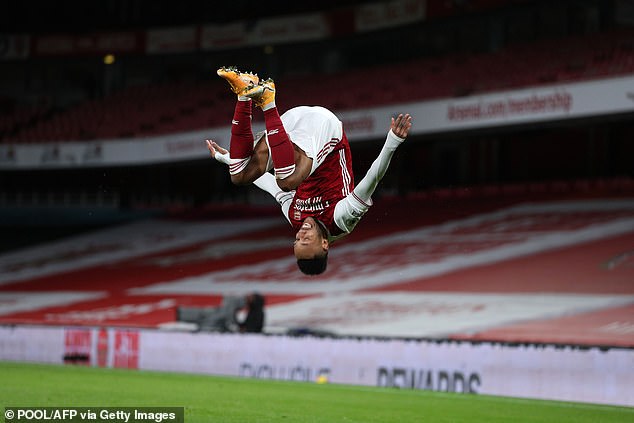 What Arsenal target David Luiz said about Mesut Ozil in 2014 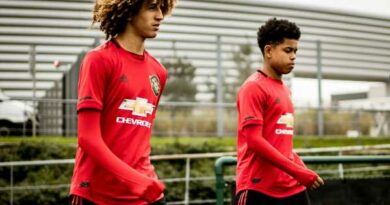