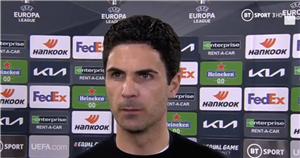 Mikel Arteta says he told Dani Ceballos to be careful during his half-time team-talk in Arsenal's defeat by Villarreal.

But the Spaniard picked up a second yellow and was given his marching orders, making an already hard task for Arsenal even more difficult on Thursday night.

Villarreal opened the scoring in the first leg of the Europa League semi-final in just five minutes after Manu Trigueros fired home.

The Spaniards made it two on the half-hour mark, with Raul Albiolon on target.

The Gunners went into the break two-down and their night got harder when Ceballos was sent off for a reckless challenge.

Arteta said of the red card following the match: "I haven't seen the action again obviously we talked at half time that you have to be careful.

"I was going to take him off but by the time Gabi (Gabriel Martinelli) was ready to come on that action happened and he was out."

To Arsenal's credit, the north London club rallied after the red card and won a penalty with a quarter of an hour of the tie to play. Nicolas Pepe dispatched the spot-kick before seven minutes later Villarreal were reduced to 10 men when former Tottenham midfielder Etienne Capoue was given his marching orders.

Arsenal finished the match on top but were unable to find that all-important equaliser on the night. 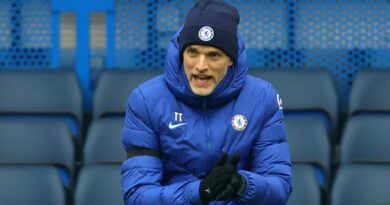