Mikel Arteta says he'd like to see goals made bigger in order to encourage attacking football.

The Arsenal manager thinks that widening the goalposts – which currently stand at 7.32 metres long and 2.44 metres high – would ensure that attacking play is better rewarded, and cause a "massive discomfort" to sides who were only interested in defending.

The Gunners boss was speaking in a Q&A session on the Gunners' Twitter account when he was asked what he'd like to see changed in football.

"I would make the goals bigger," he replied.

"So for those teams that want to sit deep all the time, they will suffer, and then we'll see more attacking football.

"Nowadays I'm concerned that football is going a little bit more defensive and trying to avoid the opponent playing.

"That [goals being made bigger] will generate a massive discomfort in the teams that want to sit deep and defend the whole game."

When it was put to Arteta that his goalkeeper Bernd Leno might not like that change, he said: "He won't be happy but our job will be to have the ball as far as possible from him, so hopefully he'll be fine!" 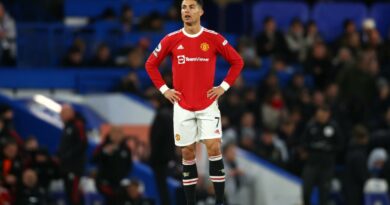