Mikel Arteta has broken his silence on the controversial decisions that marred Arsenal’s recent defeat by Manchester City, with the Gunners boss admitting he was left ‘extremely disappointed’ by the officials’ lack of consistency.

Arsenal were enraged following last week’s 2-1 loss, when Martin Odegaard was denied a penalty but Bernardo Silva was later awarded a spot-kick for a foul by Granit Xhaka.

Arsenal were also fined £20,000 for ‘failing to ensure (their) players conducted themselves in an orderly fashion’ following a second yellow card for defender Gabriel. 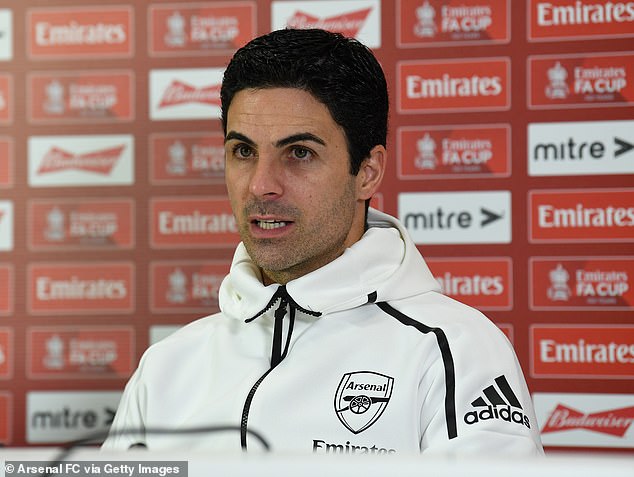 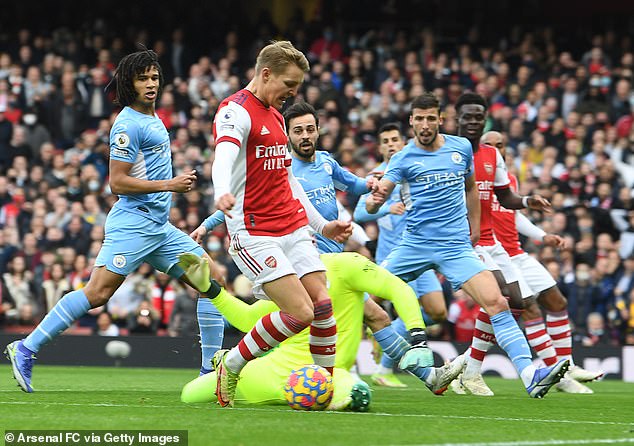 Arteta had to watch the game at home after contracting Covid-19 and, ahead of Sunday’s trip to Nottingham Forest, the Arsenal boss re-ignited the debate over the controversial calls by referee Stuart Attwell and VAR Jarred Gillett.

‘If I have to rate the decisions that were made in that game, I have to be extremely disappointed because it was completely inconsistent and affected in a big way the result,’ he said.

‘So I prefer not to talk much about it.’

Arsenal were beaten by Rodri’s injury-time winner and Arteta added: ‘I was extremely upset, how we lost the game at the end but at the same time extremely proud of the performance, the way the players played the game, the atmosphere that I managed to feel through the TV, which is nothing like being on the touchline but the support from our fans and the atmosphere they created was incredible.’

Arteta also lifted the lid on his attempts to manage his team from the sofa.

‘It’s a very strange feeling. Obviously trying to communicate with players with the computer is something I’m not used to,’ he said. 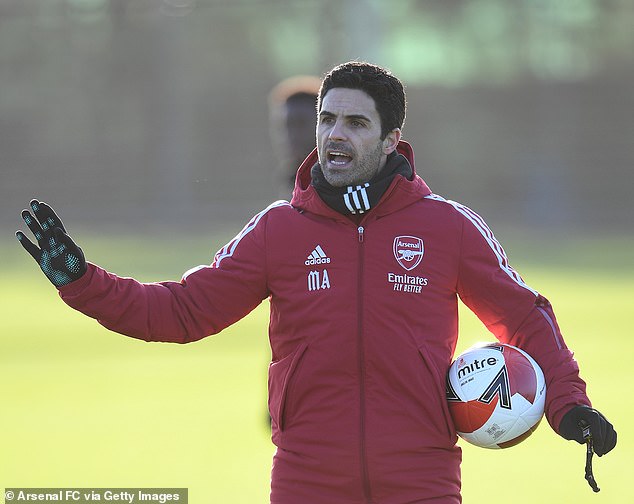 ‘It’s the best moment of the week when you’re there on the touchline and things start to happen and you are part of that atmosphere, you are part of that energy and when you’re at home a lot of that gets lost. But at the same time I was quite calm – calmer than I expected to be, probably because I knew that from there it was pretty difficult to get anything to them.’

Injuries, Covid and outgoing players such as Ainsley Maitland-Niles – who is joining Roma – have left Arsenal ‘really short’ of numbers.

But Arteta insists they want the game with Forest to go ahead as normal. 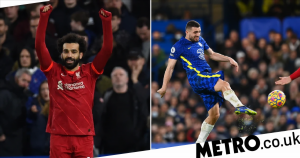 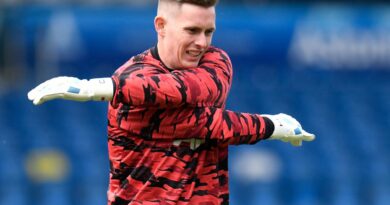 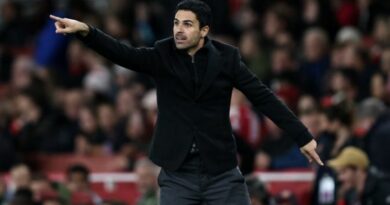