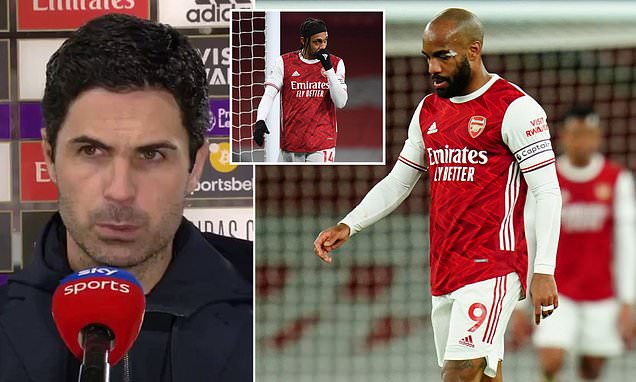 Mikel Arteta issued a personal apology for Arsenal’s performance on Saturday, saying he was ‘in shock’ and baffled as to why his players ‘could not put three passes together’.

Arsenal lost despite the three most expensive players in the club’s history starting for the first time this season. Alexandre Lacazette, Pierre-Emerick Aubameyang and Nicolas Pepe – who cost a combined £174.5million between them – started while Emile Smith Rowe and Bukayo Saka missed out. 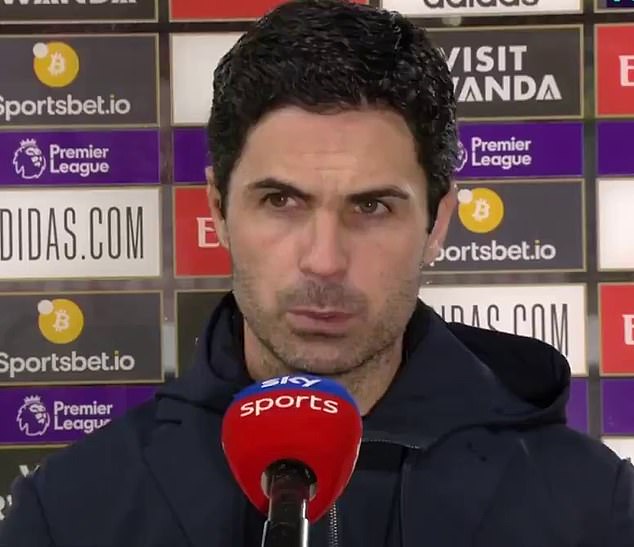 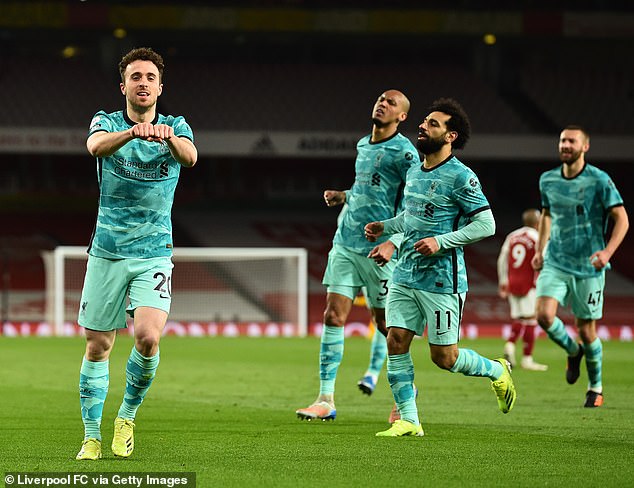 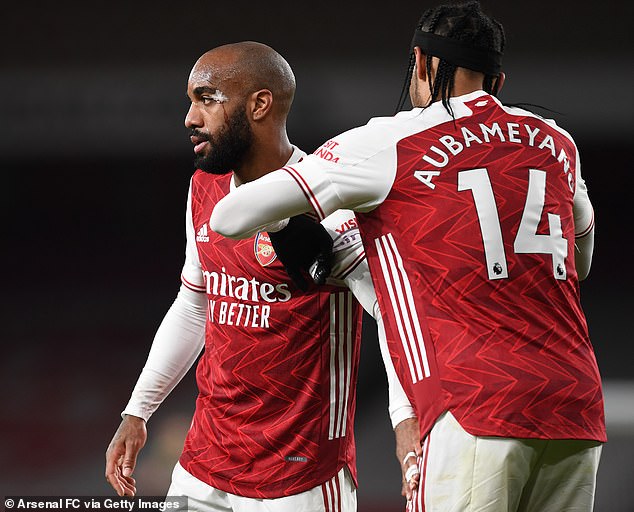 Without their two academy graduates, Arsenal posed no threat and Arteta said: ‘Liverpool completely deserved to win the game, probably by a bigger margin. They were better in every department.

‘We need to apologise to our people, to our fans. I have to apologise for what we’ve done on that pitch. I am fully responsible. They were much better than us in every department. They won every duel, every second ball, every challenge. It was one of the worst (performances of Arteta’s time at Arsenal).

‘I don’t have to use any excuses, that we don’t have five, six players – it’s not about that. I don’t care who was missing. I hate excuses. They were much better than us in every single department.

‘The standard has to be higher for this football club and my job is to get them to perform at that level.’ 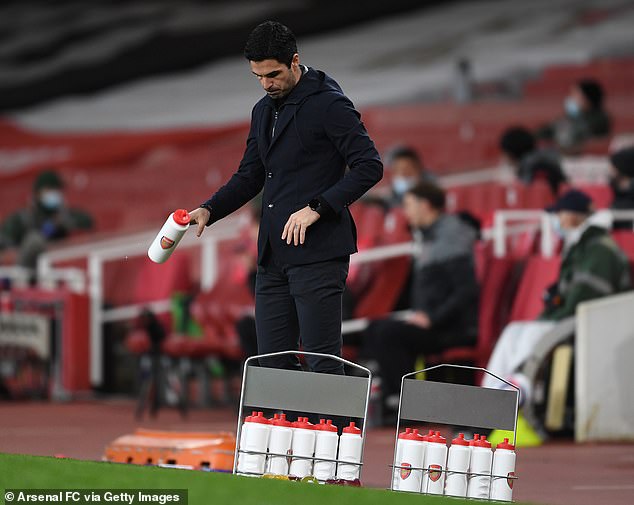 Arsenal go into their Europa League quarter-final first leg knowing that is the competition in which they have to save their season.

In a message to his underperforming players, including Aubameyang, who was substituted after 77 minutes of struggling to trouble Trent Alexander-Arnold, Arteta continued: ‘It’s a challenge and challenge bring opportunity. In football you have the opportunity a few days later, if you have courage, you have big balls. If you represent a club like this you have to stand up in the next game and take it.’

‘We gave every ball away. We could not put three passes together. It was too many simple things not done right.

‘The basics were not done right and when you do that against this level of opponent, you get punished like we have. At the moment I’m in shock because I did not expect that the way the team train, the way the team tries, this happened. That’s the reality.’

Neymar: PSG star may be offered to Man Utd and Man City because of Barcelona issues