Arsenal manager Mikel Arteta is facing a major issue – a lack of goals. Pierre-Emerick Aubameyang has been ineffective on the left wing but Gabriel Martinelli may offer a solution as he nears his return to the Gunners line-up after injury.

Highly-rated Brazilian teenager Martinelli has not played this season but is back in light training and almost ready to return to action after knee surgey.

There are high hopes that he could provide a new spark for the Gunners and give them an added impetus in attack.

Martinelli has played in a central role in the past – but he last year confirmed he views the left wing as his favoured role. 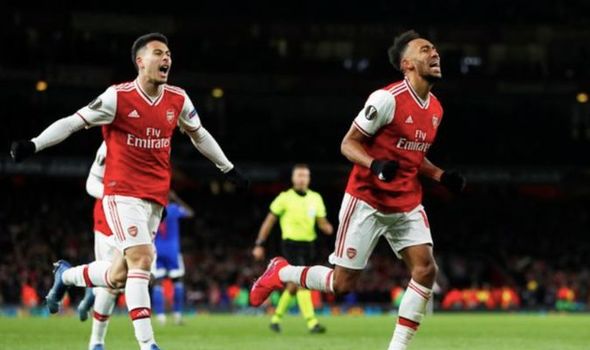 He has largely played out wide, and Arteta listening to the Brazilian over his preferred position would free-up Aubameyang to play through the middle.

“I really like playing on the left side,” Martinelli said last season.

“It is my favourite position. I give myself to the maximum for the team. 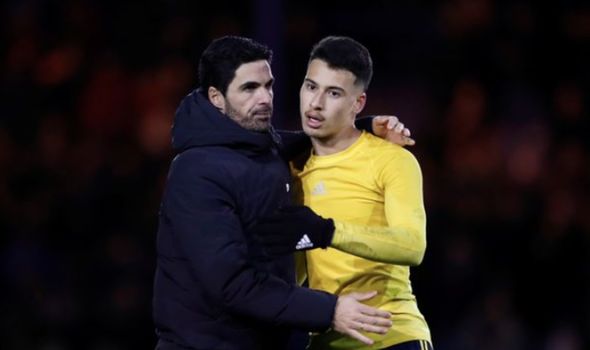 Aubameyang, who hasn’t scored in the Premier League since the opening day of the season, has found himself isolated out wide on occasions.

And whilst moving him into the middle could get him into more goalscoring positions, manager Arteta recently insisted it is a team effort.

Martinelli’s return could well help improve their attacking output and put Aubameyang in a prime position to reap the rewards.

Arteta said before the international break: “We certainly are getting in some situations, but the end product is something we have to improve and about the position and his movement and where we can find him.

“Of course we can talk about is this the right or wrong place for him, but when things were working and he was scoring that debate wasn’t there.

“What is certain is that with these numbers, scoring this amount of goals is impossible to fight with the top teams so we have to maintain the numbers that we have defensively in our organisation and for sure we have to improve our numbers attacking-wise if we want to be challenging and if you want to be consistent in winning football matches.”

Asked whether that was something he was thinking about going into the international break, Arteta replied: “Yes, for sure. We do that every week.

“You know, [look at] how we can get into better positions in the final third, with certain numbers in the positions that have to be occupied all the time.

“The same for how we control the transition moments after not finishing that action when the ball leaves that box.

“Certainly, as you said, we will look at that again and try to modify certain things to try and get better like we always do.”

Why Kai Havertz transfer has Mason Mount ‘unhappy’ at Chelsea

Cristiano Ronaldo: Why Juventus star is on a ‘different level’ after Ajax goal – Allegri

Robbie Savage claims relegation dogfight is already 'quite clear'
We and our partners use cookies on this site to improve our service, perform analytics, personalize advertising, measure advertising performance, and remember website preferences.Ok