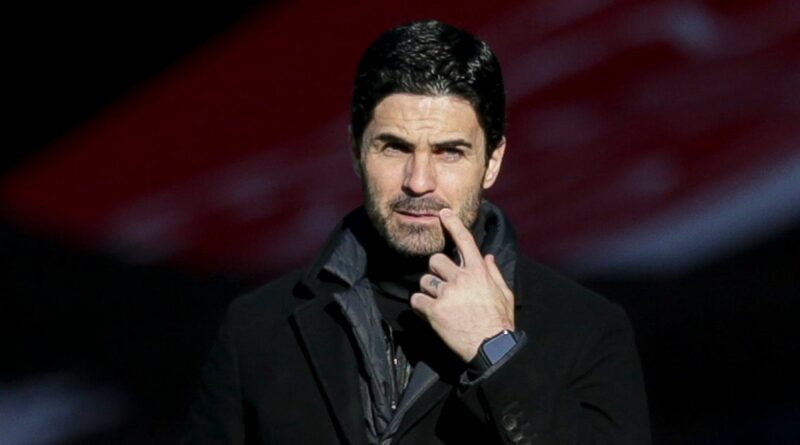 Mikel Arteta has told his players they can still force their way into a European spot.

Arteta saw his team crash out of the FA Cup on Saturday and they go back to Southampton on Tuesday night with clinching a passport into Europe their main focus.

Gunners boss Arteta is still only seven points off the top four, getting into the top six is still a realistic target and they are still in the Europa League.

Arteta believes in an unpredictable, fast moving season, Arsenal can still turn their fortunes around in the second half of the campaign.

Arteta said: “Things are moving really quickly at the moment so focus on the next game, win it and we’ll be closer to any objective, that’s for sure.

“Every game is decisive, every Premier League game is really complicated. We know we have some complicated fixtures ahead of us and this is the challenge.”

Arsenal were without Pierre-Emerick Aubameyang on Saturday because of a “personal issue” while the club are prepared to wait and give him time.

They do not believe he would be available for the game but he will be given every chance.

Arteta added: “Of course it will be a problem because he’s our top striker and the one who’s scored more goals. He’s our captain, a really important player in the team.

"But we have to respect the time. Hopefully things will go in the right direction.”

Arsenal are still making moves in the window as they have signed Mat Ryan on loan, they are expecting to announce Martin Ødegaard’s loan move from Real Madrid while have held discussions with Shkodran Mustafi over settling up the last six months of his contract.

Mustafi has offers from abroad and if he leaves then it would free up another overseas place in the squad for Ødegaard.

Where will Arsenal finish this season? Have your say in the comments below