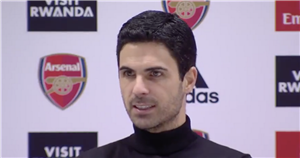 Mikel Arteta has delivered his farewell message to Mesut Ozil – but his choice of words has left some Arsenal fans feeling baffled.

The German has made his move to Turkish side Fenerbahce after being frozen out of the Gunner’s squad for the season.

Despite scoring 44 goals and making 77 assists in his six seasons before the 2020/21 campaign, he did not feature for the club since the start of lockdown.

And Arteta has now sent a message to the midfielder whose last game at Arsenal came in March.

Speaking after the Gunners’ 3-0 win over Newcastle, the boss said: “Mesut is in Turkey going through the medical that has to be completed. “There is still some paperwork that has to be done but it doesn't matter – Mesut's quality will be missed.

“He's a very special player who has a big history in this football club and if he ends up doing the deal when it happens I will give my clear opinion on that.”

But the manager’s latest comments do not appear to follow the narrative of the last few months.

It was Arteta’s decision to omit Ozil from the Premier League and Europa League squads for the campaign. And, while Arsenal have been on a run of five games unbeaten, they are already 10 points off Premier League leaders Manchester United.

The midfielder’s continued absence from the squad led to a breakdown in the relationship, with the Spaniard admitting he had “failed” with the German.

When his latest comments emerged, it saw the Gunners faithful lay into Arteta for his baffling assessment of Ozil.

“Weird comment. How he will miss his quality if he was not using him while he was here,” one supporter said.

“This shows Arteta’s dishonesty and for sure this will hunt him with other players too.”

Another commented: “Which quality? The one the club didn’t want to see anymore?”

While a third sarcastically said: “Missed his quality that much that you didn’t play him.”

And a fourth simply added: “Why did you drop him then?”

It comes as Arteta’s former boss Arsene Wenger has given his verdict on Ozil’s move to Fenerbahce. 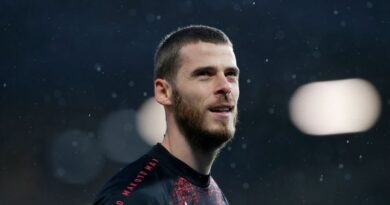