The England international was anonymous for large parts of the match, much to the disappointment of many Manchester United fans.

And his night went from bad to worse when he was given his marching orders in the 57th minute.

Referee Mike Dean sent the former Watford man for an early bath following a poor challenge on Diogo Jota, which earned him a second yellow card.

Dean didn’t hesitate to dismiss the veteran as his careless tackle resulted in his studs planting into the Portuguese’s shin.

And the images which emerged from the match prove Dean’s decision to send off the 33-year-old, which you can see below, was completely justified.

Dean’s sending off of Young was the 100th red card he’s issued during his time refereeing in the Premier League.

And some United fans were quick to connect the dots on Twitter.

One wrote: “Mike dean strikes again – what a tw@t.” 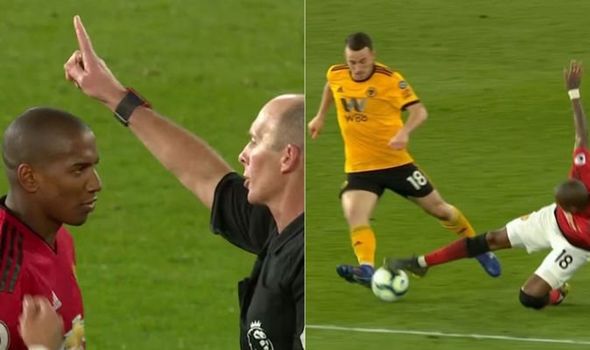 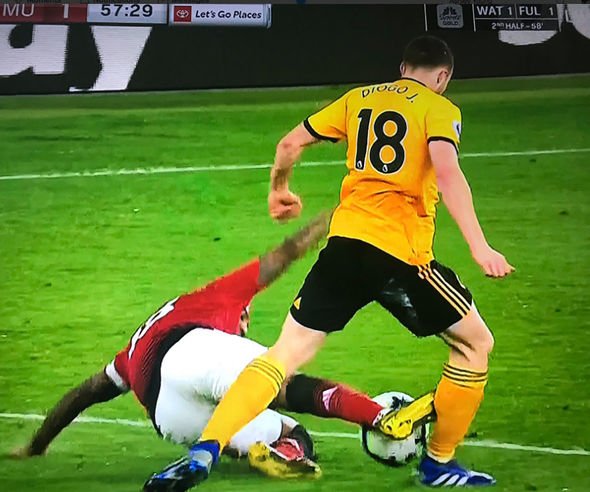 Another said: Mike Dean is going to open up his own card shop when he retires.”

Some Manchester United fans even turned on young, lambasting the former winger for his reckless challenge. 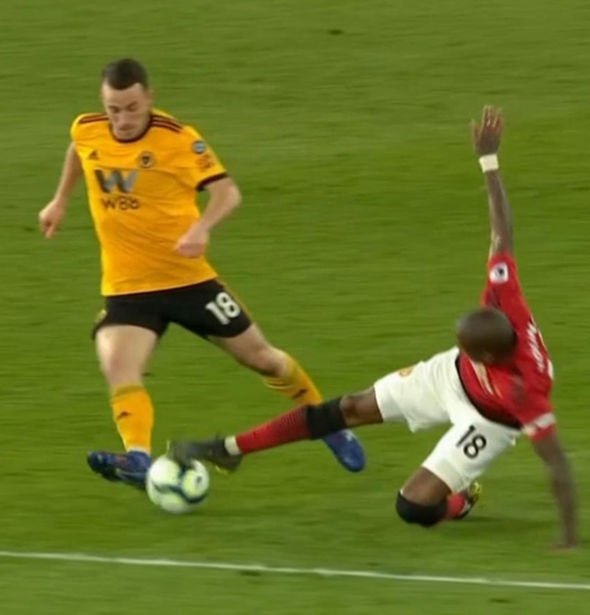 One furious fan tweeted: “ASHLEY YOUNG, F&£K OFF YOU PEANUT.

“PLEASE RETIRE OR LEAVE YOU PEANUT!!!! SILLY S**T FROM A SUPPPSED CAPTAIN!!!”

Another wrote: “Ashley Young you have let the fans down. Stupid decision and all you do is pump the ball long. Sick of it.”

Another raging supported said: “Don’t even think the late Stephen Hawkins could come up with an answer how Ashley Young has made it beyond 2012 in a Man Utd shirt, up there in the top 3 worst players to wear one.”