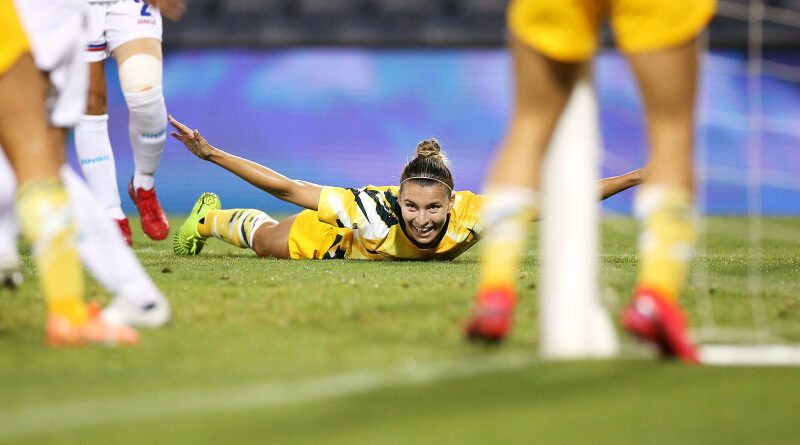 Football Australia boss James Johnson says federal authorities will only partially fund the $275 million funding package needed to underwrite the women’s World Cup and has called for Sport Australia and bodies who dole out funding to stop mainly splurging on Olympic sports in which they believe Australia can win medals.

But Canberra officials have countered Johnson’s claims, arguing that their remit is to support a broad range of activities – in which key constituents such as the Matildas are regular beneficiaries – and that soccer is and has been a recipient of significant sums of public money. 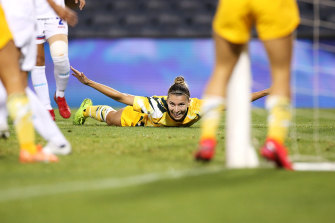 Australia will host the women’s World Cup in 2023 alongside New Zealand.Credit:Getty

Johnson, the FA chief executive, has asked government and supporting agencies for a $275 million assistance package to help underwrite the World Cup, which will be hosted by Australia and New Zealand, and to bolster infrastructure initiatives designed to boost the number of community soccer grounds and facilities for women as well as men.

“The response that we have got from government at the moment is that your legacy ask is ambitious and you won’t get everything you are asking for. But you won’t get nothing, you will get something,” he said.

“The request is [about] high performance for the Matildas … but the majority [of the cash being sought] is for community.

“We are asking government to not only provide more areas to play football but to upgrade things like toilets … where one in five dressing rooms within clubs are only male friendly in terms of toilets.”

Johnson argued too much cash was directed where it was not needed.

“It’s all focused on gold medal tallies at the Olympics. It doesn’t factor in community, health, moments that bring a nation together, multiculturalism … it’s sports that if you measured on different mechanisms, mechanisms that are inherent and important to our sport, then I think you would have a very different outcome.”

But the AIS said that it has, in recent years, provided millions of dollars to support the game.

“AIS high performance funding to the Matildas has increased 43 per cent this Olympic cycle to more than $7.5 million,” a spokesman said.

“In addition, the AIS supports the Matildas players directly with athlete grants – dAIS grants. In the four years since Rio 2016 this has totalled more than $850,000 in direct grants to athletes, up 34 per cent.”

The spokesman also stressed that there were other forms of government funding for events such as World Cups, which are not the AIS’ responsibility.

“Just this month the AIS awarded Football Australia a $600,000 grant to invest in their Matildas pathways programs, contributing to the development of emerging players. AIS has also held positive discussions about funding for their male pathways programs and is awaiting an application … [and has] held positive discussions about future funding for Paris 2024.”

“We need to try and set the agenda for what those objectives should be. The best elements of our sport are reflected through what is important in government – multiculturalism, health, safe sport, immigration, a good gender split.”