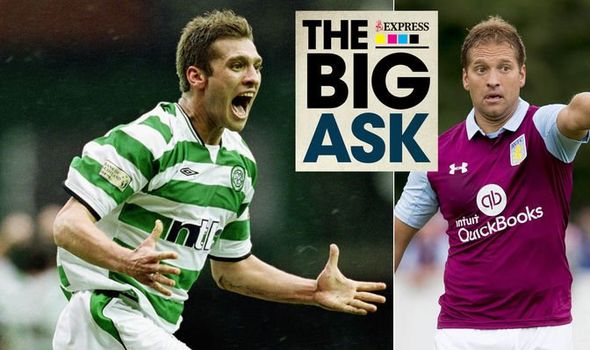 An hour after the interview, Stiliyan Petrov called across the crowded room at the Carabao event to preview Sunday’s League Cup final against Manchester City.

“I’m still thinking about that question,” the former Aston Villa captain, forced into retirement with leukemia in 2013, said.

Such is the scope of the Big Ask – from the absolute minutiae to the biggest posers – that Petrov might have been mulling over mashed potatoes.

In truth, though, it was the opening question below that was giving him such food for thought.

Q. You want to be a manager and have applied for a number of jobs. Are people afraid of employing somebody who has suffered from cancer?

I’ve never thought it was a reason why I should be turned down for jobs – and if it is a reason, that’s really poor. I was one of the fittest players in the team before my illness.

But through my foundation, I do know people who feel trapped – they struggle to find jobs because it’s very difficult to adjust to life after cancer.

I hope it’s not the case, but if it does happen, I believe you should be given a chance as a human being to show what you can do.

My career on the pitch may be finished, but if I have to work even harder to prove myself as a coach or manager, I will do it.

People talk about stress, but I never think that way: I am a very proud cancer survivor and I will try to help others because I know how difficult it is. 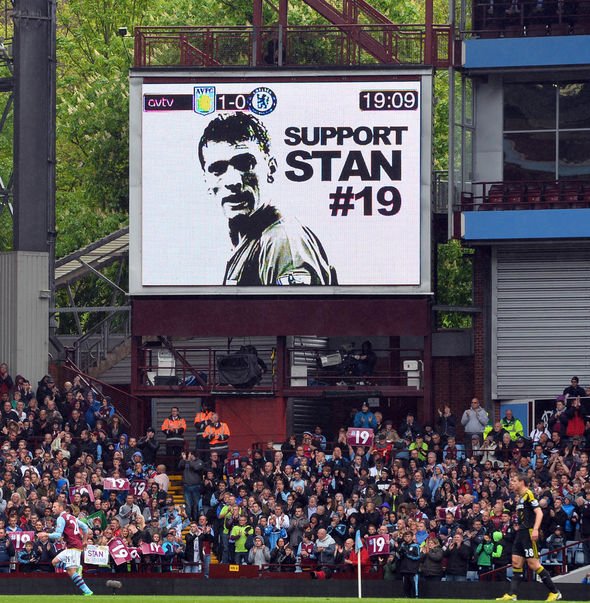 Q. So how are you feeling now?

I feel good. I don’t play 11-a-side football any more, but I still play six-a-side three times a week to keep my general fitness up.

Gabby Agbonlahor and I play against each other – he’s got his own team, I’ve got my own team.

It’s a bit heated and competitive but a good standard as well. It’s kicking a ball, which is what I’ve been doing all my life, so it’s enjoyable, but you get some nasty tackles because we don’t like to lose.

I was really disappointed though I did not get a proper chance to say goodbye at Villa.

I had pushed myself really hard to try and finish my career as a footballer on the pitch and I wanted to show other cancer survivors there is life after these battles.

The funny thing is that I wasn’t looking for a contract – I was just looking to finish as a footballer, even if I only played for five minutes.

For me, there is a bigger picture out there; Roberto Di Matteo said he had a different view of it.

I went through a very difficult period, an incredibly tough period, in my life. 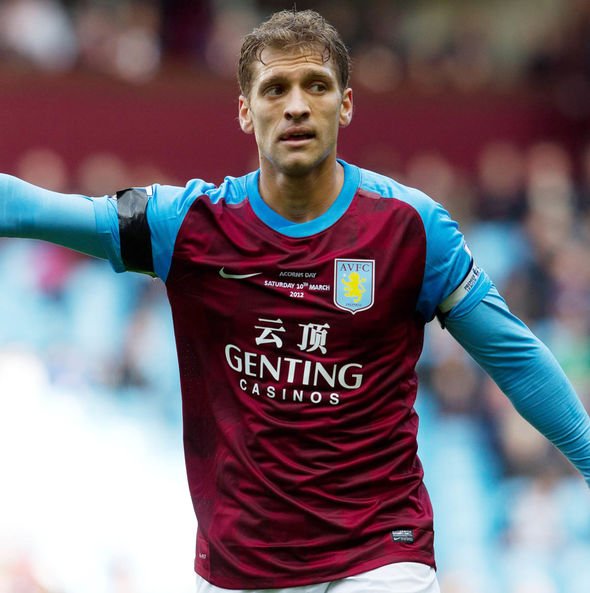 Q. There were highs too – leading Aston Villa out twice at Wembley, for instance. What do you think of Jack Grealish, the man doing the honours tomorrow.

I was lucky enough to play with Henrik Larsson at Celtic. He was great player but had to work to improve. He had to spend hours and hours to improve his goalscoring instinct and his understanding of the game.

With Jack, it is just natural. He loves the pressure. He loves to take the ball, he loves to be kicked. He likes to create and be in the spotlight.

You don’t see many players like that, but Jack has had that since he was 15 years old. That is what makes him special.

That is why I would like one day to see him go and produce it at a higher level. He is capable of doing so.

Q. Why isn’t he playing for England then?

It is a very good question which everybody is asking.

The other day I went to the cinema and wanted to see Bad Boys but I was with my 12-year-old son and it was a 15 certificate, so we watched Sonic instead – he loved it; it’s a good comedy and very relaxing.

My wife Paulina is a really good cook so I am really lucky. A couple of months ago I tried to make mashed potato for the kids and they said I should never do it again. I try now and again but not very successfully – they prefer mummy’s cooking to dad’s.

Q. Do you enjoy reading?

I have just completed a degree in sports management with UEFA in Spain so I have had to do a lot of reading! And it is not even in my first language – I had to hire an English tutor to help me through it for two-and-a-half years.

MARTIN KEOWN: Both goals Arsenal conceded could have been avoided