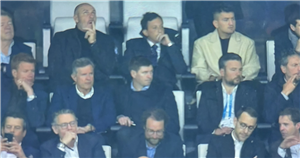 Steven Gerrard has been spotted in France on a scouting mission as the Aston Villa boss prepares for a busy summer transfer window at Villa Park.

Villa were one of the few Premier League sides that didn't have a game in midweek, and Gerrard took full advantage of the time off to head to France and take a personal look at some targets. So far Gerrard has only experienced the January transfer window as Villa boss, but is planning on a statement summer to take them to the next level.

Gerrard could start off the summer window with the permanent signing of Philippe Coutinho, who is expected to cost £32million, as per their agreement with Barcelona. But with some stars also expected to leave, Gerrard is already planning ahead, with Ligue 1 clearly a starting point.

The Villa boss was pictured at the Stade Velodrome to watch Marseille beat Nantes in a thrilling 3-2 victory, and according to RMC, Gerrard was there to watch defensive midfielder Boubacar Kamara. The 22-year-old is out of contract in June, and was linked with a move to Manchester United in January.

But a move never materialised, and Gerrard is clearly confident that they can convince him to sign for Villa instead. And Gerrard wasn't alone on his venture, as he was joined by Villa CEO Christian Purslow and director of football Johan Lange.

Villa are still in the building process under Gerrard and as they look to take the next step on their way to European football. And their reinvestment following the £100m sale of Jack Grealish hasn't exactly gone to plan.

HAVE YOUR SAY: Where will Aston Villa finish under Steven Gerrard next season? Comment below.

Promising forward Leon Bailey has made 16 league appearances while only scoring one goal, although he was nursing an injury which has kept him back. And Emiliano Buendia hasn't exactly hit the ground running after a fantastic season with Norwich last season.

Although he played in the Championship last year, Buendia was by far the standout player in the division as he scored 15 goals and contributed with 16 assists. But he only has six Premier League goal contributions to his name since joining Villa in the summer.

Danny Ings has failed to post the same numbers he managed at Southampton, but Gerrard will be confident next season as he will have a whole pre-season to work with his current squad. And there may be some additions early on with the Villa boss already on the lookout. 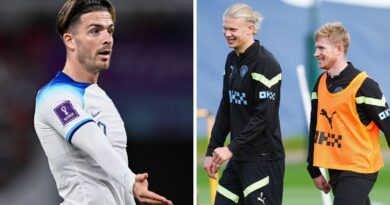 Premier League clubs are planning to play NEXT season WITHOUT fans