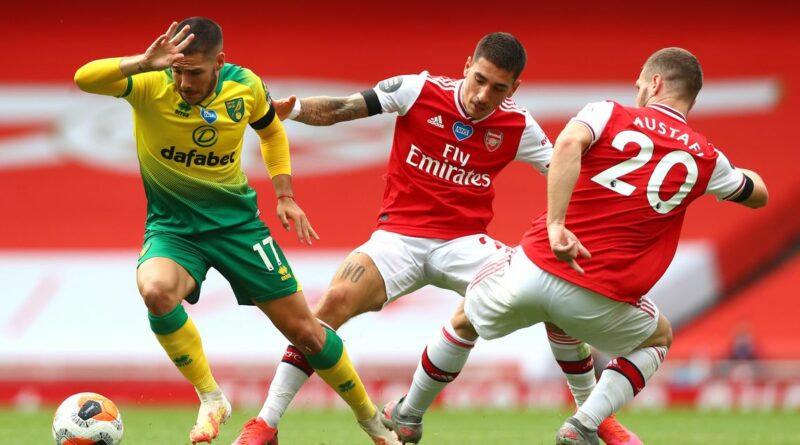 Aston Villa have handed Arsenal supporters their first blow of the summer transfer window by revealing that they have won the race to sign Norwich City playmaker Emiliano Buendia.

In a short statement, the club wrote on Monday morning: "Aston Villa and Norwich City have reached an agreement for the transfer of Emiliano Buendia."

Adding: "As Emiliano is currently in the Argentina national team’s biosecure bubble, preparing for a World Cup qualifying match with Colombia on Tuesday evening, he will undergo a medical and complete the transfer after the game."

That updates comes after lengthy interest from the Gunners, who finished eighth in the Premier League table and three place above Villa despite their fine start to the campaign.

With the club-record deal said to be in the region of £34m, there has been plenty of talk over interest from Arsenal earlier in the month.

Football.London report that the Argentina international had been on the radar of the Gunners since way back in December, and added that their recent interest was serious.

Having launched a bid for him on Wednesday, it appears as though Arsenal have not been willing to give up easily, despite his £34m price-tag.

Will Arsenal spend big this summer? Let us know in the comments section Stan Kroenke told fans after European Super League backlash: "The club has funds to invest and will do so wisely.

"Our constant aim will be to compete for silverware and championships.

"The long-term health of the club is of utmost importance and the board, chief executive, manager and the wider team will be working hard to achieve success for the club and our fans."

"There were already a lot of changes in December, something that has not been done in years, but it tells us where we were. Things are going to have to change and the owners are going to back it up."

Adding: "Time is catching up right now. It's a trend, it's years now that this has been happening. If the distance and the margins with the rest become too big, then it's almost impossible to do it."