Aston Villa have reportedly made a £4.2m bid for Daniel Sturridge to strengthen their attacking options but some supporters are fuming with the links.

Sturridge left Liverpool in the summer when his contract expired and promptly signed for Turkish outfit Trabzonspor, where he has score seven goals in 13 games.

The Englishman has been linked with a Premier League return this month and Villa have reportedly offered £4.2m, according to Fanatik.

Dean Smith’s side currently sit just two points above the relegation zone and have been desperately searching for offensive recruits after their £22m striker Wesley was ruled out for around nine months after suffering a cruciate knee ligament on New Year’s Day.

Mbwana Samatta has already been signed from Genk this month but Jonathan Kodjia’s departure to Al-Gharafa means they are looking to bring in another forward before the window slams shut.

Sturridge’s Premier League experience means he would likely be able to hit the ground running at Villa Park but the huge wages he would command, coupled with his extensive injury problems mean there is plenty of risk attached to any potential deal.

Responding to the rumours, some Villa fans certainly have reservations over Sturridge, with one saying: “Thought we were past the time of old, long gone mercenaries. This is a step backwards”.

“I predict right now that, if true, he’ll score a worldy in five minutes of his debut, limp off after 10 and be in rehab until Christmas”, added another.

“Hopefully him and Keinan [Davis] can just be injured at different times so we can have one backup to Samatta”, joked a third.

“I always liked him as a player although he does seem to be made of glass,” wrote another. “I'd take him as a cheap backup as I think he could do a job when fit, but he likely won't be cheap, or fit.”

“No. Injury prone, past it just looking for a last payday,” claimed one. “Rather we spent the money on a Benteke loan.” 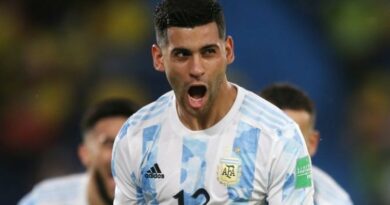