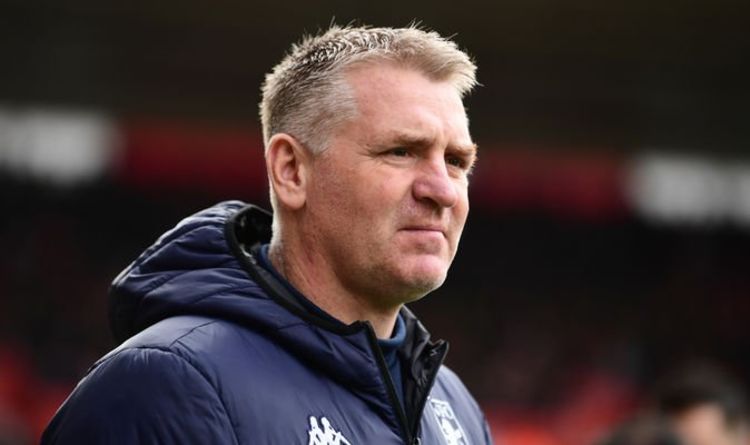 Who's leading the way in the Premier League sack race?

Aston Villa manager Dean Smith was sacked on Sunday afternoon after a run of five consecutive Premier League defeats. The West Midlands side had struggled to find a winning recipe without talisman Jack Grealish despite a significant summer spend, so the board have opted for a change of direction going forward. Express Sport looks at four options Villa may consider when searching for their new boss:

After close calls with Tottenham and Newcastle, landing the Villa job could be third time lucky for Fonseca.

According to reports, the 48-year-old ‘impressed’ Magpies co-owner Amanda Staveley during his interview, although Eddie Howe’s appointment on Tyneside now appears imminent.

The Portuguese has been out of work since leaving Roma earlier this year, where he was replaced by Jose Mourinho.

Last campaign’s seventh-place finish is not much to write home about, although his commitment to an attacking stlye of play could get the stands of Villa Park excited.

The former England captain only left Villa’s coaching team four months ago, but could be set for a return as the main attraction this time around.

Still yet to land his first job in football management, Terry had a stellar career which included almost 500 league appearances for Chelsea.

Since leaving Villa Park, the club’s defence appears to have crumbled as they currently boast the third-worst defence in the division.

Solidity is therefore something the former centre-back is sure to prioritise, and based on his Premier League and Champions League crowns, the players are likely to sit up and pay attention when Terry puts his ideas into practice.

Lampard and Terry spent 13 years as Chelsea team-mates, so it would be some story if both men were to battle it out for the vacant Villa job over the international break.

The midfielder’s advantage, however, is prior experience in management with Derby County and the Blues, where he was dismissed almost 12 months ago.

While at Stamford Bridge, Lampard nurtured a reputation for bringing through young talent, something the Villa hierarchy are likely to pay attention to given the hoard of youngsters on their bench.

Seemingly waiting for the right job to come along, Villa could provide the perfect opportunity for the triple Premier League champion to return to the sport.

Another boss who was closely linked to Newcastle, Favre boasts a strong managerial CV which includes the likes of Borussia Dortmund and Nice.

At 64-years-old, he can hardly be considered a long-term option, but he drew exciting performances out of Dortmund while he was at the helm.

Having been out of the game for just short of a year, appointing Favre could be something of a gamble given it would be his first foray into the Premier League, but with the diversity of experience under his belt, he could bring a range of new ideas to the club.

Scott Parker hoping for Fulham clarity after defeat to Wolves