Aston Villa host Brighton in their first game back after the international break, with Dean Smith’s side looking to continue their excellent start to the campaign.

Over the break it was one of their stars in Jack Grealish who was making all the headlines, shining with England and quickly becoming a favourite of the national team’s fans.

Domestically, Villa have won five of their seven games so far and a win will take them level with Leicester City, who went into the break top of the table.

Brighton have struggled to find an end product to go with their at-times excellent build-up play and have just one win from eight games so far, 16th in the table at the start of play. Follow the end of Newcastle vs Chelsea and the build-up to the game at Villa Park below:

What a miss! Watkins does well on the left, beating Dunk and cutting inside before playing a clever one-two with Grealish. Watkins then falls over in the box, but the ball drops to Trezeguet, who looks certain to score. His first effort is blocked and the second, from a few yards out, is somehow blazed off target.

Chance! Lamptey intercepts a loose pass from McGinn and drives forward. He picks out Welbeck to his left and the forward has a real opportunity to double his tally. But he takes a heavy touch, allowing Martinez to claim at his feet.

Brighton have settled having taken the lead, though it came slightly against the run of play. It’ll certainly give Welbeck a huge confidence boost.

A goal from nowhere! Welbeck is played in behind by Lallana and races through on goal. He has a long way to travel, but is quick enough to reach the box unopposed. And he finishes superbly, lifting the ball coolly over the onrushing Martinez. Brighton lead.

Cash escapes down the right but his cut back is crucially intercepted by Lallana.

Brighton deal with another Villa set piece, this time a corner which is cleared at the near post. The hosts have started on top, though.

Traore’s free kick is a good one, curled into the middle towards Konsa, who can’t quite meet it. It runs through to Trezeguet at the back post, but his driven shot is blocked.

McGinn goes for goal from about 30 yards out but drags his shot a long way wide. 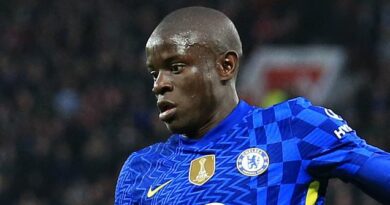 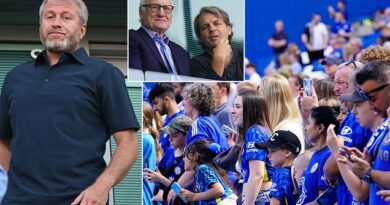 Abramovich's best gift was creating a club appealing to a billionaire