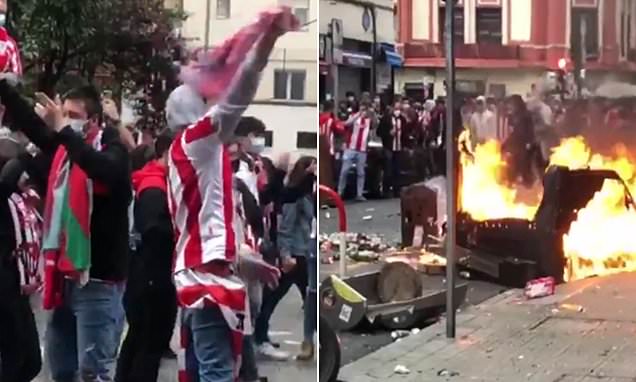 Video footage shows thousands of frenzied Bilbao fans throwing missiles and setting fire to what appears to be a large container, with glass smashing all around and some fans even throwing their drinks bottles into the blazing inferno.

One video sees a Bilbao fan leap from the top of a lamp post and crash straight onto the road. He then gets up, apparently not serious injured, and continues revelling with his fellow fans. 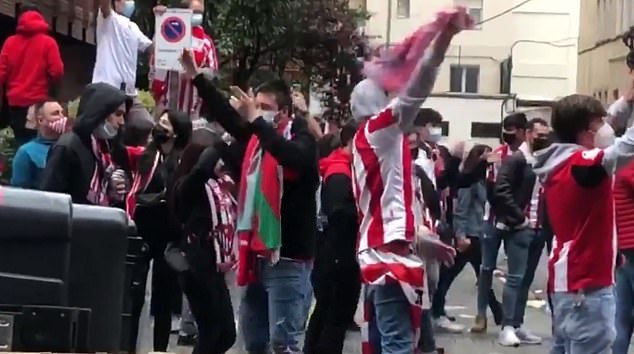 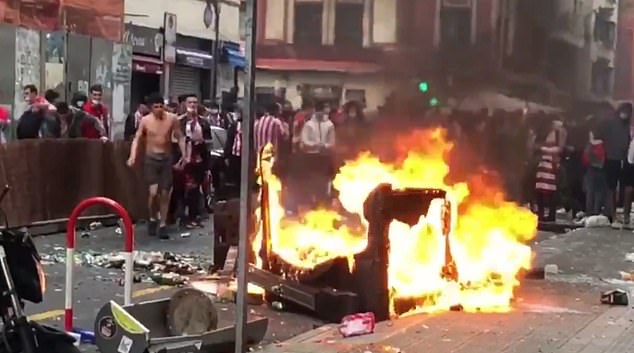 Bilbao face Real Socieded in last year’s Copa del Rey final in Seville, which was delayed because of the coronavirus pandemic.

Local police were forced to intervene with the growing masses, who had gathered close to Athletic’s San Memes stadium. Several were pelted with bottles and other missiles.

The fans’ actions are also in blatant contravention of Spain’s pandemic lockdown, with the throngs of fans ignoring social distancing guidelines and several of them not wearing face masks.

Bilbao fans had already drawn the ire of several Spaniards on Thursday when they clamoured at the city’s airport to see off their football club on their journey to Seville.

Similar scenes occurred in San Sebastian on Friday when Real Sociedad fans also gathered to farewell their club ahead of the final in breach of coronavirus pandemic protocols. 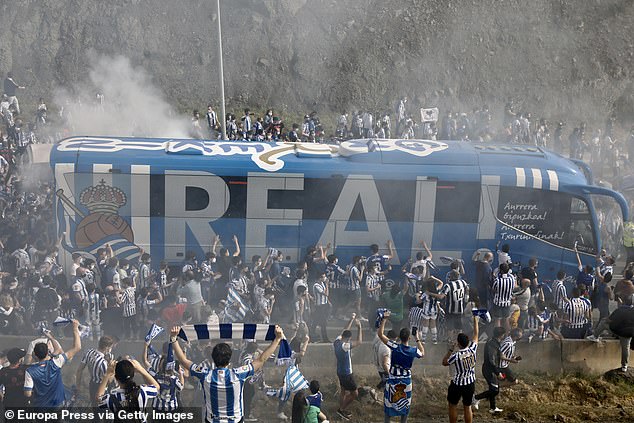