The whistle blew, ending what had long been inevitable, and Atlanta United’s players turned their attention to December 8 – the chance to win just the second professional sports title in the city’s history

In just their second season, Atlanta will host Portland in Major League Soccer’s championship match before what surely will be the largest crowd for an MLS Cup, 70,000-plus at Mercedes-Benz Stadium.

‘This isn’t just for us in this locker room and this club. It’s much bigger than that,’ goalkeeper Brad Guzan said after Atlanta completed a 3-1 aggregate win over the New York Red Bulls in the Eastern Conference final on Thursday night. ‘It’s going to be electrifying. It’s going to be fantastic on so many different levels.’ 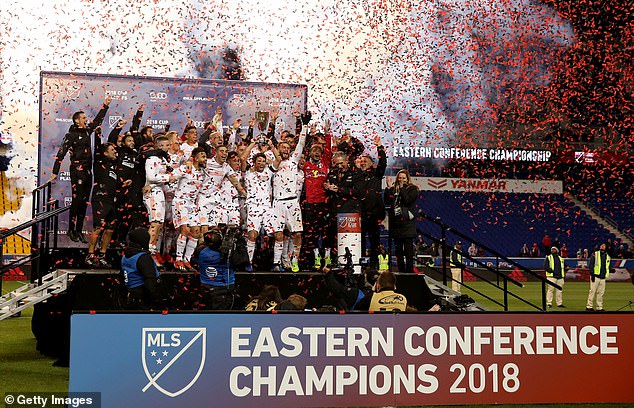 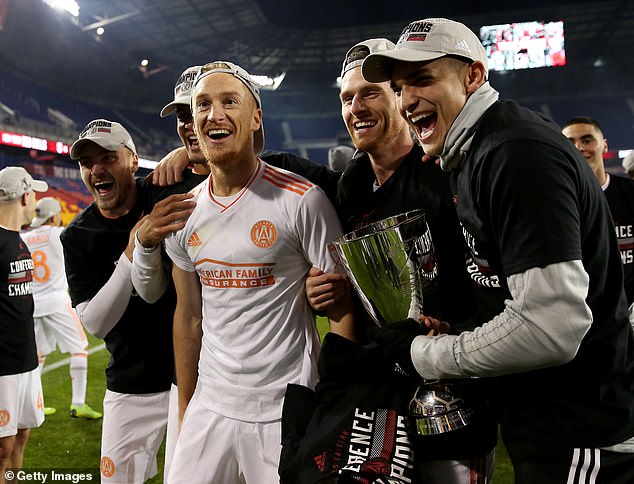 Guzan’s poor punch led to a by-then meaningless goal in the fourth minute of second-half stoppage time. Daniel Royer headed the ball back in front of goal, and Tim Parker scored to give the Red Bulls a not-nearly-enough 1-0 win that followed last weekend’s one-sided defeat in Atlanta.

One of the league’s original teams, New York had the best regular-season record for the third time in six years and set a league record for points but remain without an MLS title in their 23 seasons. The Red Bulls have reached the conference final five times but advanced for the only time in 2008, when they lost the MLS Cup match to Columbus.

‘They should be proud,’ said coach Chris Armas, who took over in early July when Jesse Marsch left to become an assistant at sister club RB Leipzig of the Bundesliga. ‘It makes yourself ask yourself questions: “What could I do more? How can I get better? Where can I improve?”‘ 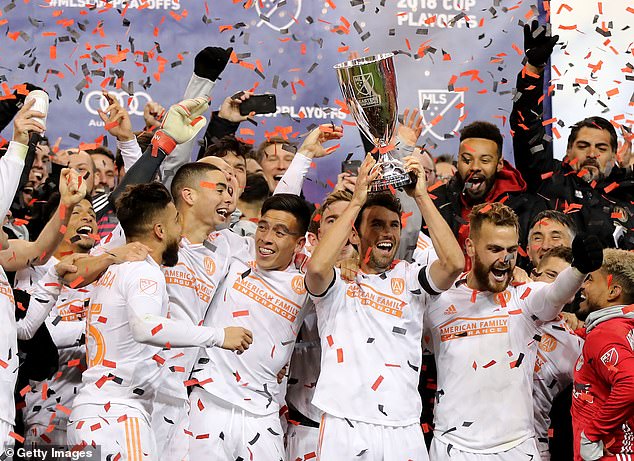 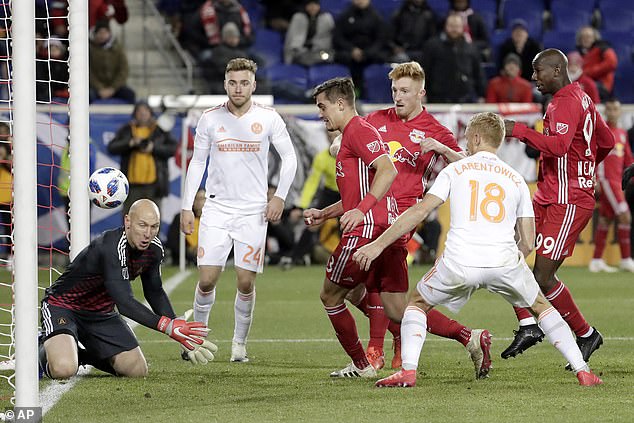 Atlanta’s only pro sports title was provided by the Braves in the 1995 World Series. United were knocked out by Columbus on penalty kicks in the first play-off round of its expansion.

While impressed with the team’s organisation and resources, players were surprised at the swift success this year. ‘We didn’t know it was going to take us this far,’ defender Greg Garza said.

MLS top scorer Josef Martinez, Franco Escobar and Hector Villalba netted at home in the first leg last Sunday before 70,016 fans. Atlanta set an MLS record by drawing 901,033 in the regular season, an average of 53,002.

The record crowd for an MLS Cup was 61,316 at Gillette Stadium in Foxborough, Massachusetts, for LA Galaxy’s 1-0 extra-time win over New England in 2002.

‘A serious failure of security and stewarding’: Questions mount over FA’s handling of Euro 2020 final